Career prosecutors have recommended against charging Rep. Matt Gaetz (R-Fla.) in a long-running sex-trafficking investigation — telling Justice Department superiors that a conviction is unlikely in part because of credibility questions with the two central witnesses, according to people familiar with the matter.

Senior department officials have not made a final decision on whether to charge Gaetz, but it is rare for such advice to be rejected, these people told The Washington Post, speaking on the condition of anonymity to discuss the deliberations. They added that it is always possible additional evidence emerges that could alter prosecutors’ understanding of the case.

Nevertheless, it is unlikely that federal authorities will charge Gaetz with a crime in an investigation that started in late 2020 and focused on his alleged involvement with a 17-year-old girl several years earlier. Gaetz, 40, has repeatedly denied wrongdoing, saying he has never paid for sex. He has also said the only time he had sex with a 17-year-old was when he was also 17.

Investigators set out to determine if the congressman paid for sex in violation of federal sex-trafficking laws and have examined his dealings with the then-17-year-old, people familiar with the matter have said. Earlier this year, a federal grand jury in Orlando heard testimony from associates of Gaetz’s, including an ex-girlfriend.

The ex-girlfriend was among several women on a trip Gaetz allegedly took to the Bahamas in 2018 that has been of particular interest to investigators. The 17-year-old at issue in the investigation was also on that trip, though by that time she was already 18 or older, people familiar with the matter have said. She has been a central witness in the investigation, but people familiar with the case said she is one of two people whose testimony has issues that veteran prosecutors feel would not pass muster with a jury.

The other is a former friend of Gaetz’s, Joel Greenberg, a former tax collector for Seminole County, Fla. He pleaded guilty last year to sex trafficking of a minor and a host of other crimes as part of a cooperation deal with authorities.

Greenberg was first charged in 2020 with fabricating allegations and evidence to smear a political opponent, but prosecutors continued to investigate and added charges to his case. He ultimately agreed to plead guilty to six criminal charges, including sex trafficking of a child, aggravated identity theft and wire fraud.

In exchange for his guilty plea, prosecutors agreed to dismiss the other 27 counts Greenberg faced and recommend a term within federal sentencing guidelines, which are often far less than the statutory maximum penalties. They also agreed to recommend other possible sentencing breaks.

If Greenberg provided “substantial assistance” in building other cases, prosecutors might ask a judge to deviate below the minimum required penalty, according to Greenberg’s plea agreement. His sentencing is scheduled for later this year.

It was in exploring Greenberg’s conduct that investigators came upon evidence potentially implicating Gaetz in sex trafficking, people familiar with the matter have said. Prosecutors had been exploring whether Greenberg paid women to have sex with Gaetz and whether the two shared sexual partners, including the 17-year-old girl at issue in Greenberg’s case, these people said.

Gaetz, who represents a mostly conservative district in Florida’s panhandle, is known as a strident defender of former president Donald Trump. The investigation into him was opened during the Trump administration and proceeded with the approval of then-Attorney General William P. Barr.

Greenberg has been providing investigators information about Gaetz since last year, according to a person familiar with the matter.

Greenberg’s credibility would be a significant challenge for any prosecution of Gaetz, in part because one of the crimes Greenberg admitted to was fabricating allegations against a schoolteacher who was running against him to be a tax collector. Greenberg had sent letters to the school falsely claiming the teacher had an inappropriate sexual relationship with a student — a similar allegation to the Gaetz case.

“Nobody’s going to believe anything that Joel Greenberg says by itself. His statements would need to be corroborated by testimony or evidence," David Bear, a lawyer for the schoolteacher, said Friday.

Greenberg also pleaded guilty to a host of other crimes, including stealing from the tax collector’s office and defrauding a government loan program that provided relief for businesses affected by the coronavirus pandemic.

The Gaetz case took an especially bizarre turn when authorities charged a Florida business executive with trying to extort the congressman’s wealthy father as part of a scheme to secure a presidential pardon for the younger Gaetz amid the ongoing sex-trafficking probe.

The business executive, Stephen M. Alford, ultimately pleaded guilty in 2021 to wire fraud. Authorities say he approached Gaetz’s father, Don Gaetz, saying he could “guarantee” his son a pardon in the sex-trafficking case, as part of a convoluted $25 million scheme that also involved an effort to find a long-missing former FBI agent. Instead of paying him, Don Gaetz went to the FBI and secretly recorded the conversations.

Last week, The Washington Post reported that Gaetz told a former White House aide, John McEntee, that he was seeking a preemptive pardon from Trump shortly before Trump left office.

According to people familiar with McEntee’s testimony to the House select committee investigating the Jan. 6 attack on the U.S. Capitol, McEntee said Gaetz told him that while he had done nothing wrong, "they are trying to make his life hell, and you know, if the president could give him a pardon, that would be great.”

Gaetz said he had asked White House Chief of Staff Mark Meadows for a pardon, McEntee testified, according to these people, who spoke on the condition of anonymity to discuss his testimony. 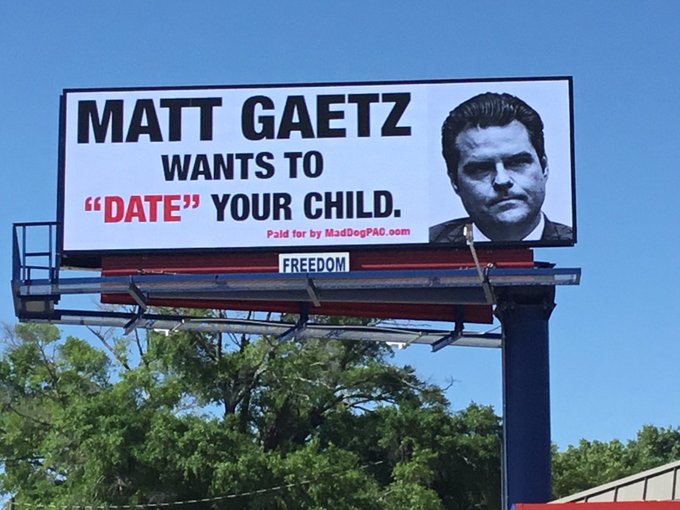 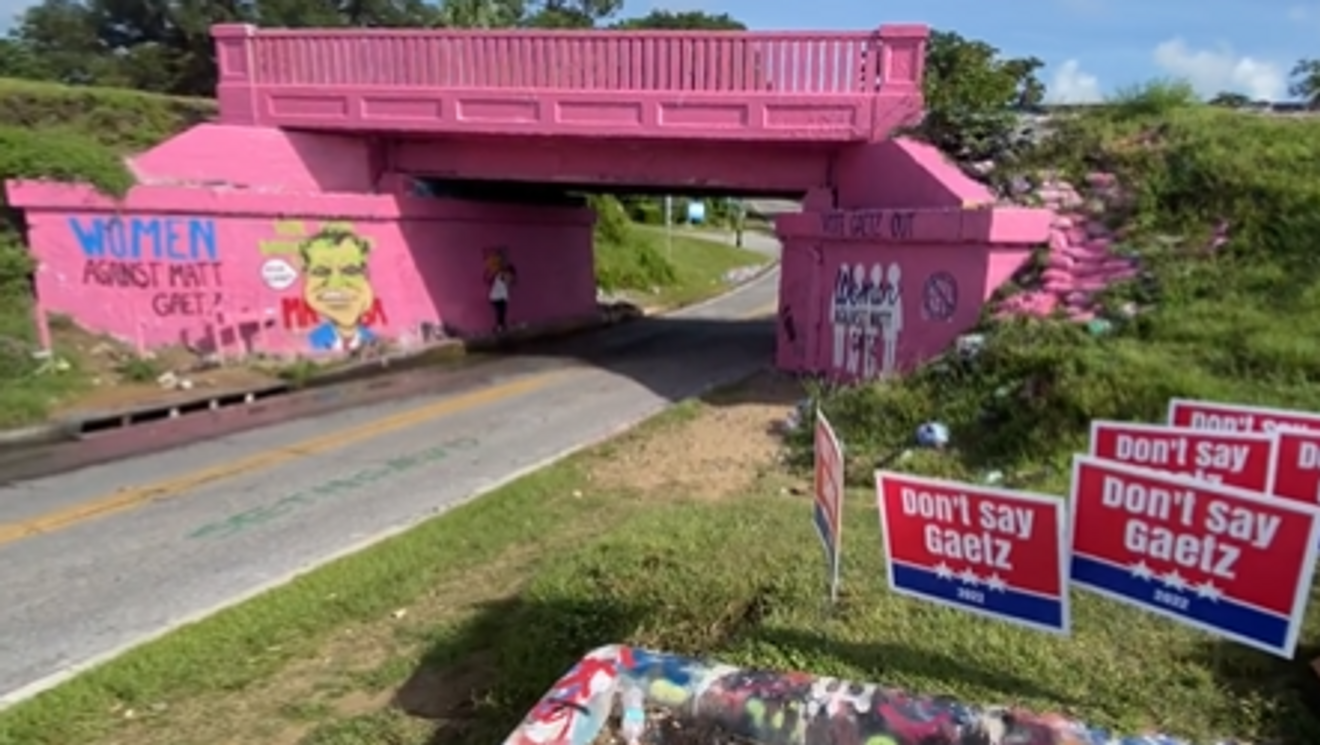