Posts : 6451
Join date : 2012-06-14
Location : Pensacola Beach, FL
Another big black mark for Gaetz: He wasn't present for the big 200 year anniversary celebration of the founding of Escambia County, FL last week, deeming it more important to be out there in California for a campaign event. Heck, we had a state senator here (Rick Scott, distasteful though he otherwise is), but the Congressional rep for our own area couldn't be bothered, big time P.O.S. that he is.

RealLindaL wrote:Another big black mark for Gaetz:  He wasn't present for the big 200 year anniversary celebration of the founding of Escambia County, FL last week, deeming it more important to be out there in California for a campaign event.   Heck, we had a state senator here (Rick Scott, distasteful though he otherwise is), but the Congressional rep for our own area couldn't be bothered, big time P.O.S. that he is.

We have to get rid of Rick Scott. He's really kissing up to the Cuban "opposition", as is Rubio.

Don't you? After all your favorite word is "COMRADE" isn't it Gorky Pkr Bum?

None of this exonerates Mattie.

Posts : 10857
Join date : 2012-06-14
Wouldn't you love to see an angry crowd of woman surround this arrogant, daddy pampered, dandy worm of a man and shower him with milkshakes? He's the kind of pipsqueak who is always surrounded by body guards because he knows he would be ushered into the next world if he isn't.

Whatever they protest the most about is almost always what they are.

annieli for moranbetterDemocrats
Community (This content is not subject to review by Daily Kos staff prior to publication.)
Thursday May 05, 2022 · 12:22 AM CDT

"I'm actually surprised that Florida law enforcement still allows him to speak to teenage conferences like that," Marc Short said of the GOP congressman.


Marc Short, who was chief of staff to Vice President Mike Pence, spat fire at Rep. Matt Gaetz (R-Fla.) on Monday after the congressman told students at a conservative conference over the weekend that Pence “will never be president.”

“Well, I don’t know if Mike Pence will run for president in 2024,” Short told CNN’s Erin Burnett. “But I don’t think Matt Gaetz will have an impact on that. In fact, I’d be surprised if he was still voting. It’s more likely he’ll be in prison for child sex trafficking by 2024. And I’m actually surprised that Florida law enforcement still allows him to speak to teenage conferences like that. So I’m not too worried about Matt Gaetz, thanks.”

During a speech at the Turning Point USA Student Action Summit in Tampa, Florida, on Saturday, Gaetz told the cheering crowd that “Our America is proudly ultra-MAGA, not some low-energy roadside RINO safari.” (RINO, one of Trump’s favorite terms for Republicans who won’t do his bidding, stands for “Republican in name only.”)

“On that note, let me just say what everybody here knows. Mike Pence will never be president,” Gaetz continued. “Nice guy; not a leader.”

Gaetz is under federal investigation for alleged sex trafficking and statutory rape of a 17-year-old girl. He was also one of at least five GOP lawmakers who requested pardons from Donald Trump in the final weeks of his presidency for their roles in helping him attempt a coup to stay in the White House.

Cassidy Hutchinson, a former aide to then-White House chief of staff Mark Meadows, testified last month at a House hearing on the Jan. 6, 2021, insurrection that Gaetz had sought a broader blanket pardon that would cover “any and all things.”

Short has been cooperating with the House select committee’s investigation into the attack on the U.S. Capitol.

The committee recently revealed that rioters came within 40 feet of Pence before he was evacuated from the Capitol, where he had been presiding over the congressional certification of the Electoral College vote. Some rioters were calling for Pence to be hung after Trump publicly attacked him for refusing to try to unilaterally reject the electoral count declaring Joe Biden’s presidential victory. Some members of Pence’s security detail were reportedly so afraid for their lives during the riot that they called their families to say goodbye.

Posts : 5198
Join date : 2017-02-06
Meanwhile... the potus molester gropes little girls right in front of your eyes and you don't give a damn. You have no credibility. Either call them all out (including Epstein's "clients") or stfu. 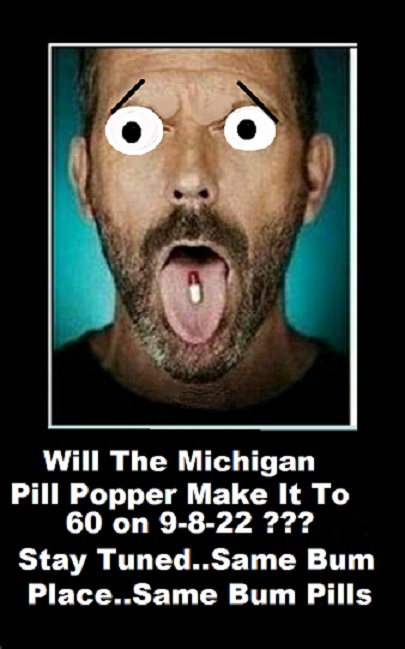 Did Matt Gaetz Turn In Trump?


So say Republican leaches when it comes to loan forgiveness.