I was actually just coming here to post that exact same thing! When I saw the thread had been updated I though, "Y'know, what are the odds...?" And, yep!

I'd almost think those were actors if I didn't know so many people just like 'em in person. This morning I had a co-worker start telling me that COVID was created in a lab in China. I told her that was absolute bullshit. She asked where I thought it came from. I said, "Bats." She'd never heard that before.

Then she wanted to know how come our bats didn't get it if the Chinese bats did.

Like, all bats, all over the world, develop the same virus at the same time. Like a fucking ocean separating 'em ain't a factor. I couldn't believe I had to explain that... but, I did. "How come all dogs don't get rabies at the same time? Because they haven't all been bitten by a rabid animal. It has to be transmitted." The most basic science and they're stumped. They just wait to be told a thing and then believe it.

Anyway, she was like, "Well, who really knows where it came from..."

And I said, "I know it didn't come from a lab in China." If it were a bioweapon it'd be a lot more deadly than it is. It's bad enough, you don't wanna catch it, but as a bioweapon? Not hardly.

Wish I could get these people to read The Hot Zone or Demon In The Freezer, but you can't get 'em to read anything... 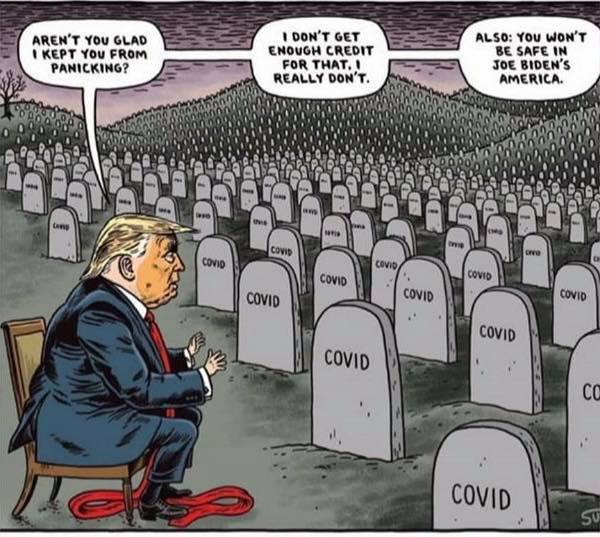