The American Empire is collapsing

TEOTWAWKI wrote:This is not a very big engine Bob..I doubt it could lift a 767...

I guess SheWrites likes the Kool Aid DC has been serving. Better watch out girl, there be piranha on this website.

Teo, you seem to get it on technology. 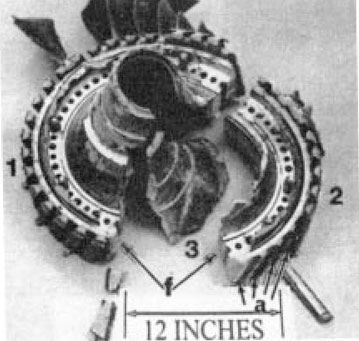 What is that? Well, it is not a component for any jet engine ever installed on any Boeing 757 ever built. It is part of one of the two jet engines recovered at the Pentagon. It is one of those Official FBI Exhibits for the 9-11 Commission that did not investigate anything.

Here is a brand new one before it was used to bash into the Pentagon and kill the US Navy Intelligence personnel that were investigating the drug money trail that was financing 9-11 and included foreign names and American names. Most people with three functioning brain cells notice the irony of the Pentagon attack killing the exact people that had picked up the trail and was investigating who was behind it, especially the AMERICAN NAMES.

That is not part of any conspiracy. It is why Bush put FBI translator Sibel Edmonds under gag order. She was on the same trail at the FBI because she is fluent in English, Farsi and Turkish. It was the English and Turkish that was problematic and the focus of the money trail. 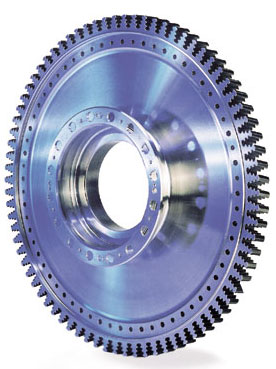 The first photo above is the original version of part of the back panel plate / lock ring that keeps the fan blades from flying off the jet engine, piercing the fuselage and cutting a person in half. Sort of a safety feature to keep jets from throwing a blade and then come crashing out of the sky.

The second photo is the new and improved version of the same part and fits in behind this to keep those blades from flying off in every direction. The new version is more a precision machined part once there were machines that could do that.

Nominally where you see the yellow is where the back side locking ring is and is part of locking the blades into place. 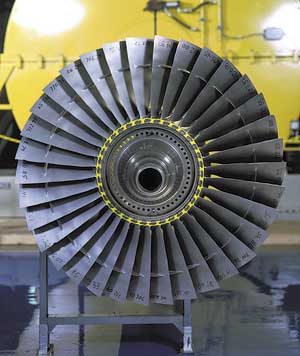 It is not rocket science to back track components for specific types of jet engines. I guess most Americans figure if they have a 4 cylinder Chevy they can replace it with a 16.4 liter Scania diesel when they wear out their lawnmower engine. Nope, does not work that way.

Those parts above (last three photos) have NEVER been installed in any jet engine ever mounted to a Boeing 757. Why Americans still think a 757 hit the Pentagon is truly evidence that they are not paying attention.

Maybe when America has completely collapsed Americans will scratch their heads and wonder what hit them. Was not 19 wily Muslims.

Signing off, have much to do.

Signing off, have much to do.

I don't blame you.  If I was you I would be "signing off" too.
Because then you don't have to answer these next questions.  lol

2.  Ground radar tracked all four airliners throughout their flights.  All the way to when they hit the Twin Towers,  the Pentagon,  and the ground in Shanksville.
So are all the air traffic controllers lying and and also part of the "conspiracy"? 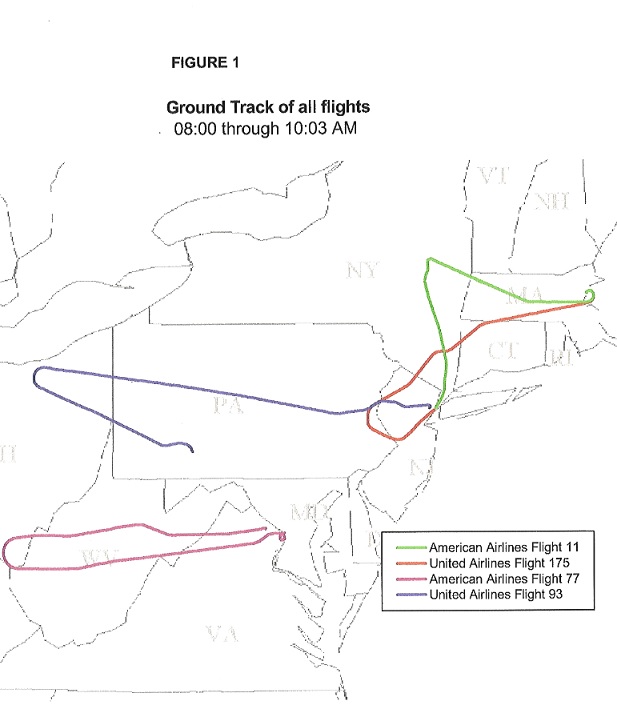 1. So what does your "theory" say happened to the 767 and to the 757? Or do you not even believe there were any airliners. lol

2. Ground radar tracked all four airliners throughout their flights. All the way to when they hit the Twin Towers, the Pentagon, and the ground in Shanksville.
So are all the air traffic controllers lying and and also part of the "conspiracy"?

Bob you are being a bit of a bully. Please recognize the importance and status of the man you are talking to overwhelmingly outweighs the substance of the argument, and his 178 IQ should warn you that a Patrician is in our midst and you are a simple Plebeian who has cargo pants full of milk duds and popcorn, while he races around the world in jets you are stuck arguing the same exact arguments you have had with T...funny I never thought of T as the Bruce Wayne type wannabe.....but then again you play linebacker for the Bears, and are completing your PHD in economics at the University of Chicago.

Posts : 22918
Join date : 2012-06-13
Location : Armpit of Florida
I was having these same arguments long before I came to this or the PNJ board and long before I encountered Mark or Teo,  seaoat.
Not long after that kid Dylan Avery made his 9/11 truther movie which is really what got all this started,  he produced a widely read message board to go with it.  I was asking all these same question there and not getting any answer then either.  So were others of us.  It got to be so one-sided that the kid actually started banning anyone who challenged any of it (even politely) and turned it into a "truther only" board.  lol
At that time,  someone calculated that there were approximately 6 million web pages devoted to 9/11 conspiracy buffs.  Now it's probably 60 million.
Try to do any legitimate 9/11 research using google. For any question you ask, you will get a ratio of about 10 truther to 1 legitimate results. It's getting to where you can't even find anything real any longer.


My guess he realized he overstayed his welcome with your technical response to his silly sophist arguments. We can be quite shrill when someone comes to this forum with an IQ of over 100....you know we dumb Americans are an inferior bunch......or T just figured the gig was up.

Posts : 36130
Join date : 2012-08-30
Yea, the guy who moved his production facilities to Europe because of their voltage......what a fricking idiot.   If he was a real individual, he must have fooled low IQ folks with his mallarky.  It took me two minutes talking about electricity with the fool to realize his was a fraud.......but the best part he actually fell into my trap, and at that point I suspected he was somebody's sock.  The thing about a sock.......you kinda are stuck with all that person's innate abilities, and perhaps many should simply not overplay their hand.

Karl W. B. Schwarz is the Managing Director, CEO of a nanotechnology company in Europe.  As a native of Little Rock Arkansas is an authority on the Clintons and assisted the Kenneth Starr Special Prosecutor investigation of Bill and Hillary Clinton known collectively as The Whitewater Investigation.

K.S. The US system is dominated by the major corporations
and entrepreneurial efforts are quashed (or blocked) if
they are stepping on the wrong toes. Our process is years ahead
of any known competitor. We have met with many of
the corporate giants and they are not at the level we are.
The US is also lagging way behind the EU and China in
commercialization of nanotechnology. Resear
ch is valuable but if one cannot commercialize it, it is not that valuable.
We relocated to the EU to commercialize and also to make su
re that this science is available to all of mankind and not
under the control of major US corporations.

boards of FL wrote:Remember this guy?

Jesus I had to read through this whole thread again because I'm old and my memory is shot. Why did you resurrect this thread after it had died so long ago?

Re: The American Empire is collapsing