Posts : 13851
Join date : 2012-06-14
Location : Gulf Breeze
U.S. stocks pushed higher after the Trump administration said it was making progress on a preliminary trade agreement with China. The report sent the S&P 500 surging above its record closing high, as the three major indices added to earlier gains after a batch of corporate earnings results.

Posts : 4389
Join date : 2017-02-06
That's good. It's also a real measure since the federal reserve hasn't been pumping 40 BILLION air dollars a month into the system. There have even been interest rate increases. This is what a real recovery looks like.


The Federal Reserve Bank of New York first initiated its emergency overnight loans to Wall Street this year on Tuesday, September 17, starting off at the rate of $75 billion daily. It then increased its loans by adding, in addition to the $75 billion daily, 14-day term loans in the amount of $30 billion to be offered three times this past week. But after the demand for the first 14-day loan was more than double the $30 billion offered, the New York Fed boosted the next term loans to $60 billion and increased its overnight loans to $100 billion.

What will next week bring? When Wall Street can get super cheap loans from the Fed in the tens of billions of dollars with no questions asked by Congress, it will continue upping its demands until the Fed is once again secretly shelling out trillions of dollars while Congress willfully remains in the dark – in other words, a replay of the 2007-2010 financial crisis.

The New York Fed is only allowed to engage in these repo transactions with its 24 primary dealers. That list of 24 primary dealers includes the securities units of big U.S. banks like JPMorgan Chase, Citigroup, Bank of America and Wells Fargo, but it also includes the U.S. based securities units of troubled foreign banks like Deutsche Bank, Credit Suisse, and Societe Generale (SocGen).

Because the New York Fed is not announcing which banks are drawing down the bulk of its loans, neither Congress nor the American people know if the money is flowing to U.S. banks or foreign bank subsidiaries in the U.S. Propping up troubled foreign banks is not what most Americans want their central bank to be doing.

If the New York Fed is secretly funneling money to a unit of Deutsche Bank to prop it up, the American people need to know about it and Congress needs to be asking questions. The Fed already got away with this during the last financial crisis, secretly funneling $77 billion to Deutsche from the Term Auction Facility (TAF), $1 billion from the Primary Dealer Credit Facility (PDCF) and a whopping $277 billion to Deutsche Bank from the Term Securities Lending Facility (TSLF) for a grand total of $354 billion in secret funding that Congress never approved or even knew about.

Only when the Government Accountability Office (GAO) released its one-time audit of the Fed in 2011 were Americans made aware of the unprecedented loans the Fed had made to Wall Street banks and their foreign derivative counterparty banks which tallied up to $16 trillion in cumulative revolving loans. But the GAO’s report was $13 trillion short of the full amount the Fed funneled in banking support through additional programs the GAO did not report. When those programs are added in, the figure is $29 trillion according to the Levy Economics Institute’s analysis.

Deutsche Bank is a likely candidate to be having funding problems. Its attempt to merge with Commerzbank fell through in April. Its latest plan is to fire 18,000 workers and create a good bank/bad bank, isolating off unwanted assets that it plans to sell. Deutsche Bank has run through four different CEOs in the past four years and incurred losses in three of those years. Its share price has lost 90 percent of its value over the last dozen years and it is trading close to an historic low as of yesterday. On Monday it reported that its prime broker unit, that makes loans to hedge funds, was moving over to BNP Paribas along with its electronic trading operations.

Unfortunately for U.S. investors, Congress has taken no action to rein in the systemic risks on derivatives held by these behemoth global banks. Deutsche Bank is heavily interconnected via derivatives to U.S. banks including JPMorgan Chase, Citigroup, Goldman Sachs, Morgan Stanley and Bank of America. If it blows up, it has the potential to spread the kind of systemic contagion that Lehman Brothers spread in 2008 — seizing up lending between banks because no one knows who has exposure.

According to the report out this morning from the New York Fed, demand for its emergency loans has quieted down some this morning. Of the $100 billion it offered out to its primary dealers for a 3-calendar day loan (to cover this weekend), only $22.7 billion in bids were submitted for the loans. Of the $60 billion it offered out in 14-day term loans, banks only bid for $49 billion.

That’s a big change from this past Tuesday when the New York Fed offered $30 billion in 14-day term loans and banks asked to buy (bid for) $62 billion.

Wall Street On Parade is not the only financial news outlet that thinks there is something much bigger than a technical/seasonal funding problem happening on Wall Street. John Dizard wrote this yesterday at the Financial Times:

“In recent days, some banks and dealers have wound up paying hundreds of basis points over the Fed funds target rate for their short-term money. The implication, to money market people, is there are big unknown counterparty risks out there and nobody wants to get caught in another ‘Lehman’ workout. ”

Simple math tells you that something is very wrong. As we wrote previously:

“As of June 30 of this year, the four largest banks on Wall Street (which are allowed to own Federally insured commercial banks as well as stock, bond and derivative gambling casinos known as investment banks) held more than $5.45 trillion in deposits. The breakdown is as follows: JPMorgan Chase holds $1.6 trillion; Bank of America has $1.44 trillion; Wells Fargo has $1.35 trillion; and Citibank is home to just over $1 trillion.”

The entire GDP for the United States last year was $20.5 trillion. The four banks mentioned above have 27 percent of the entire U.S. GDP in deposits. How could it be possible that those four banks can’t come up with $100 billion in repo loans per day and thus are forcing the Fed to once again become the lender of last resort.

Congress needs to call hearings on this matter immediately, calling as witnesses the President of the New York Fed and the CEOs of each of the mega banks holding these trillions in deposits.

Posts : 6244
Join date : 2012-06-14
Location : Pensacola Beach, FL
I am rather heavily invested in the market and can tell you in no uncertain terms that NO AMOUNT OF GAIN in the value of my holdings could EVER, EVER be worth the price of watching the rot, corruption, obstruction, hatred and lies emanating from the Oval Office every single day under this horror of a president. 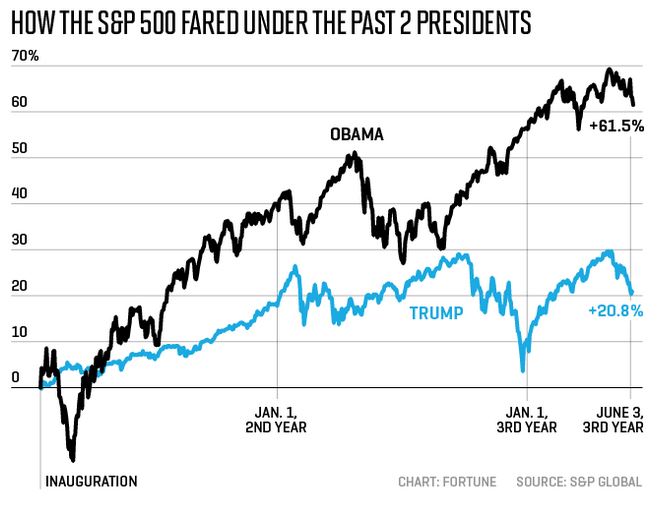 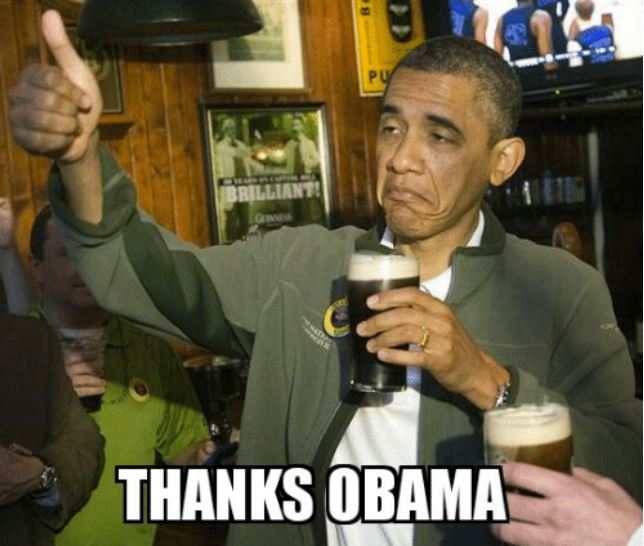 Joanimaroni wrote:I feel the same way about how the democrats are destroying our country!

Well, that's because you're an idiot.

Joanimaroni wrote:I feel the same way about how the democrats are destroying our country!

Well, that's because you're an idiot. 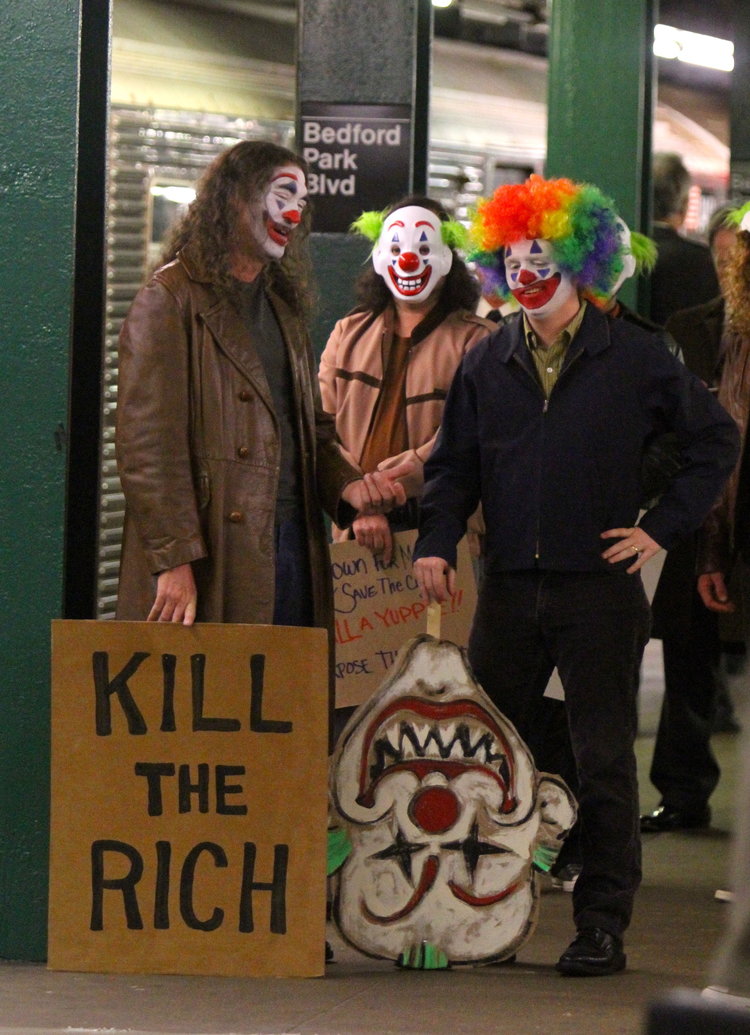