Ron DeSantis officially dumber than a bag of rocks 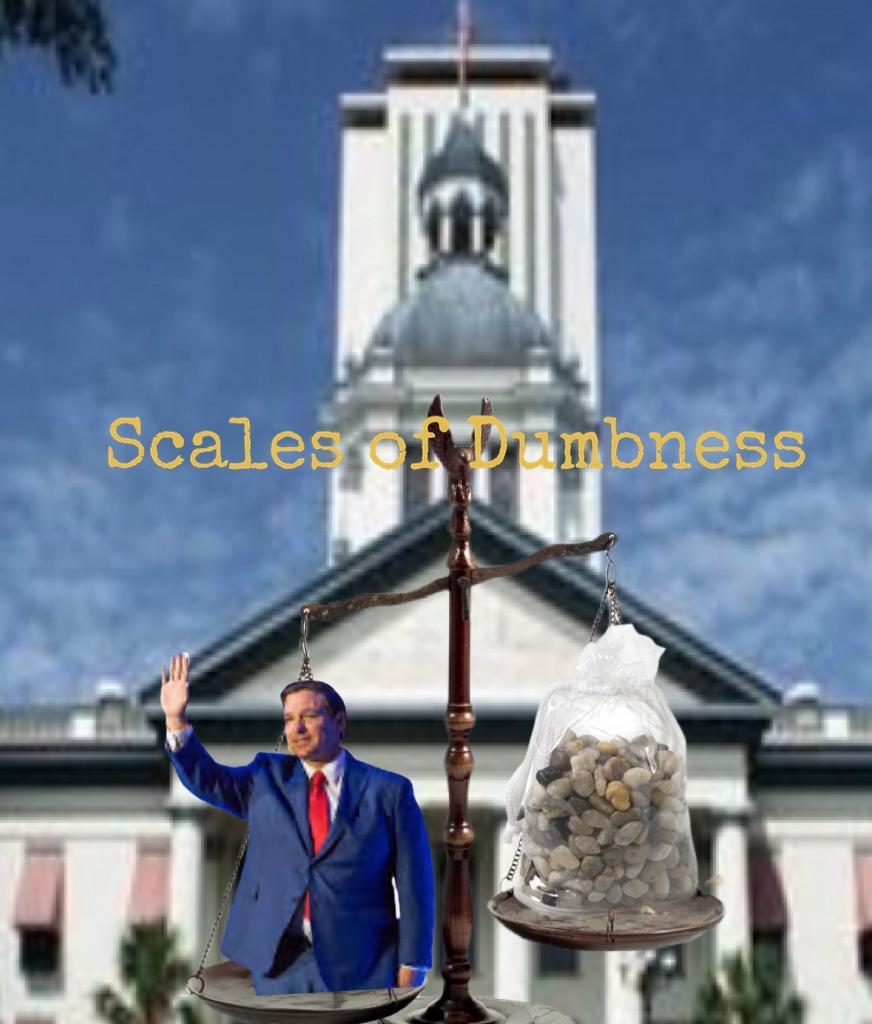 This past week, Florida governor, Ron DeSantis announced an executive order allowing restaurants and bars to return to 100% capacity. All businesses previously closed due to the pandemic are permitted to reopen.

As of the publishing of this article, over 14,000 Floridians have died of COVID-19. Additionally, in the last seven days, almost 16,000 people in the state have tested positive for the virus.

According to our researchers, DeSantis’ IQ is 68, which is far below the 100 point average. The researchers found that a 110-pound bag of 110 rocks, which is about half of DeSantis’ body weight, has an IQ of 110. That comes out to an average of one IQ point per rock. Rocks require at least one IQ point simply to exist. We interviewed the bag of rocks, which designated one rock, Iggy Neous, as its’ spokesrock. Neous said, with a British accent, “Indubitably, we question the soundness of the governor’s decision to enter phase three. Wethinks the bloke is out of his knickers.” Another rock, Sandy Stone, also of English origin, chimed in, “Hear ye, hear ye, Ron DeSantis doth not outscore us on the SATs.”

The bag of rocks took an SAT practice test to prove their claim. They did in fact score higher than DeSantis on all three sections: math, evidence-based reading, and writing. Unfortunately, after taking the test in a confined room with an unmasked proctor, all of the rocks contracted the virus.

They are currently sharing a ventilator at Tampa General Hospital. We reached out to DeSantis’ office for comment; they said, “Fake news. Governor DeSantis is as smart as President Trump. We will not pray for the rocks, as they are not human.”

Last night, while sitting behind his desk in front of millions of online viewers and people tuning in to the Florida Channel, Gov. Ron DeSantis signed an executive order issuing a statewide stay-at-home order, a fourth-quarter Hail Mary to help establish blanket rules across all 67 counties as new coronavirus cases spike.

This also creates an absurd amount of confusion as to whether psychos like Tampa pastor Rodney Howard-Browne can legally pack his megachurch every Sunday during the coronavirus outbreak.

DeSantis' executive order allowed for people to gather at places of worship as long as they followed CDC guidelines, because the churches were deemed "essential." However, stricter rules in Hillsborough County prevented these gatherings from happening. But today, Howard-Browne's lawyer, Mat Staver of the Liberty Counsel, released a statement applauding DeSantis' second executive order, saying they're pleased members of the River at Tampa Bay Church can now legally gather in person.

To make matters even more confusing, today DeSantis told reporters that local authorities can in fact enforce some stricter rules than his own (like closing a park to jogging), but not when it comes to churches.

— Rachel Maddow MSNBC (@maddow) April 2, 2020
“Look, I don't think that the government has the authority to close a church,” said DeSantis today during an afternoon press conference. “I'm certainly not going to do that. At the same time we got with the churches and the synagogues very early and said what you guys are doing, I think it's even more important, but can we ask that you do it in a way that is going to be conducive to this overall mission? And I would say almost all of them 100% agree.”

DeSantis also said that "it's important" that people can go to church this Easter, and that this can still be done while maintaining social distancing guidelines. "I think particularly coming up in Easter season," argued DeSantis, "people are gonna want to have access to religious services."

This is very bad and very dumb.

It’s also worth pointing out that the second executive order is in direct contrast to DeSantis’ original messaging throughout this entire pandemic. For weeks the governor insisted that there wasn’t a need for a statewide stay-at-home order, and instead insisted that local governments should deal with this issue themselves, calling it a “surgical approach.”

Meanwhile, Florida's coronavirus cases continue to climb, and it's going to get worse. When you combine a population that's 20 percent over the age of 65 (see, the Census is good for something) and people with pre-existing conditions, over half of Florida's population is at a heightened risk of COVID-19, says a new analysis from the Kaiser Family Foundation. Health experts are now saying we won't see just how bad things really are until May.

(interactive map and case counts by county at site)