"He's deteriorating in plain sight," one Republican strategist who's in frequent contact with the White House told Insider on Friday.

Some of the new concern is related to Trump’s continuing insistence on saying he was right that Dorian could hit Alabama, which several diaries here are currently discussing.

But what people are telling Business Insider reveals the degree to which those who are seeing him up close are concerned he is totally cracking up:

Asked why the president was obsessed with Alabama instead of the states that would actually be affected by the storm, the strategist said, "you should ask a psychiatrist about that; I'm not sure I'm qualified to comment."

One person who was close to Trump's legal team during the Russia investigation told Insider his public statements were "nothing compared to what he's like behind closed doors.”

"He's like a bull seeing red," this person added. "There's just no getting through to him, and you can kiss your plans for the day goodbye because you're basically stuck looking after a 4-year-old now."

"No one knows what to expect from him anymore," one former White House official, who spoke on the condition of anonymity to discuss internal conversations about the president, told Insider. "His mood changes from one minute to the next based on some headline or tweet, and the next thing you know his entire schedule gets tossed out the window because he's losing his s---."

Here’s a bit from Susan Glasser’s story in the New Yorker on Sept. 3rd:

I counted more than forty tweets mentioning China last month. They veered wildly, almost day to day and hour to hour, on whether a deal or a whole new round of tariffs was imminent.

He cancels a trip to Denmark because they won’t sell him Greenland. He cancels a trip to Poland (whom he then congratulates for getting invaded by the Nazis 80 years ago) saying he has to monitor Hurricane Dorian, then goes golfing for much of the weekend. When he did travel abroad, to the G7 in Biarritz, he made so many outlandish claims that even those leaders who thought they had figured out how to put up with him were reduced to stunned silence.

When you're too crazy for John Bolton... wow. I hate the evil-Captain-Kangaroo-from-another-universe, but I can't really blame him for fleeing Trump's toxic cesspit. I think he's going to end up with nothing but a cabinet made of FOX News personalities and televangelists, because those are the only people who still like him. (And, um, I'm not sure Jerry Fallwell Jr.'s going to be available).

Somebody said something on Twitter I was jealous of -- "I'm glad Obama killed Bin Ladin before Trump could make friends with him."

zsomething wrote:And now Bolton's out, because Trump wanted to invite the Taliban over to make friends with 'em.

When you're too crazy for John Bolton... wow.  I hate the evil-Captain-Kangaroo-from-another-universe, but I can't really blame him for fleeing Trump's toxic cesspit.  I think he's going to end up with nothing but a cabinet made of FOX News personalities and televangelists, because those are the only people who still like him.  (And, um, I'm not sure Jerry Fallwell Jr.'s going to be available).

Somebody said something on Twitter I was jealous of --  "I'm glad Obama killed Bin Ladin before Trump could make friends with him."

... when John-fucking-Bolton is shitcanned from the administration for being the voice of reason ...

Gotta wonder if Pence will be next to go.

Posts : 16069
Join date : 2012-06-13
The really scary part is that without exception every official who has been shitcanned in this administration has been replaced by something much worse.

Sal wrote:The really scary part is that without exception every official who has been shitcanned in this administration has been replaced by something much worse.


With the winner joining King of the Ring Don in the WWE Hall of Fame. Even Vince McMahon never fired his people at the rate Dirty Don does. Maybe Dirty Don should start his own version of McMahon's Kiss My Ass Club. 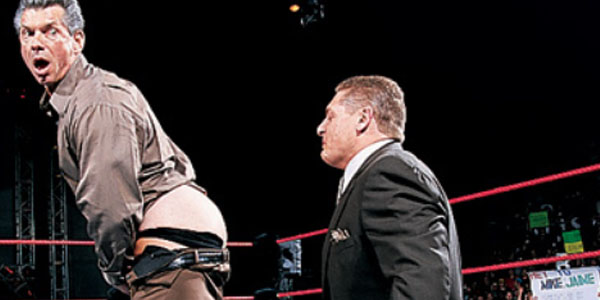 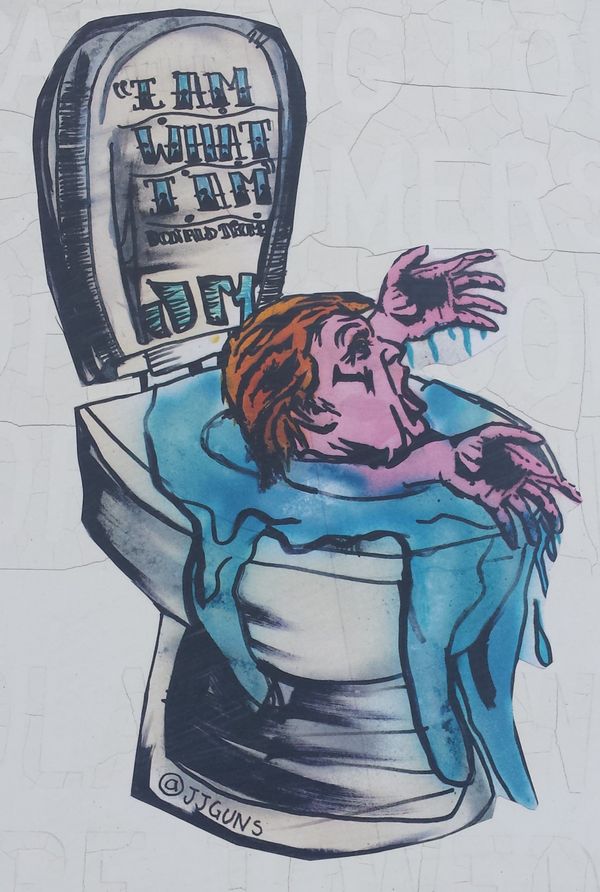 Donald Trump apparently does not enjoy that effect. His ghostwriter on The Art of the Deal, Tony Schwartz, told Reddit during an Ask Me Anything session that the president is "the most purely evil human being" Schwartz has ever met.

"I believe deeply that most people are better than their worst behaviours," he wrote. "I also believe there are some who are simply irredeemable and evil. [Psychiatrist and author] Scott Peck called them 'People of the Lie'. They lack any conscience, as Trump does, and so they're almost purely evil. Trump is the most purely evil human being I've ever met, and also the most insecure."

The worst thing about working with Trump? "The shortness of his attention span and his utter lack of interest in anything but himself."

Schwartz has spent the last few years doing a very public form of penance for helping to build the edifice of Trump as a master businessman by dragging him at every opportunity. He added that the biggest change in Trump since the time Schwartz worked with him was that he'd become more rabidly horrible.

"If he had any ideology when I met him, it was faintly libertarian," Schwartz said. "As in: You do whatever you want to to do so long as it doesn't get in the way of my doing whatever the hell I want to do. In the last few years I believe he has moved relentlessly to the right. He's become more nativist, racist, narrow-minded and he's now just a shade to the right of Attila the Hun."

Any more for any more? "I never saw him read a book, and other than The Art of the Deal, I suspect he's never read a book in his adult life," Schwartz said. "As for comprehension for what he does read, I'd say it's early high school level. To judge his writing level, read his tweets, particularly the angrier ones, which is most, and which he writes himself. His way of communicating is very primitive."

Honestly, I don't think Trump really has any ideology. I think he just spots the people who are easiest to fool and exploit, and then he tells them whatever they want to hear so he can make use of 'em. And, thanks to the softening-up from church-talkradio-FOXNews, conservatives are now the easiest people to fool. They don't question anything. A lot of 'em don't even know how to anymore.

There's a right-wing columnist in the local paper and every time I read that guy I think I should really find some way to turn his brainwashability into some kind of profit, or at least amusement. It wouldn't be hard. Unfortunately for me, lucky for him, I have a conscience so I don't. But if anybody wanted to, it wouldn't even be low-hanging fruit, it'd be deadfall.

Posts : 4496
Join date : 2010-01-02
Age : 74
Location : Gulfport/New Orleans
If it weren't for the fact that I don't ever want to take the time to "catch up" on current events, I would just stop watching the news. Significant events happen too frequently to make it practical to get behind.

That being said I'm seriously wondering just how stupid this president is. I mean. Someone asked him a question about Western Democracy and he thought they were talking about liberals in California. Tillerson famously said he was a F-ing moron and others have said basically the same. He says things every day that are just stupid and easily disproved like his statement about mountain climbers not being able to scale the new section of His Wall. Mountain climbers? Really? How about rock climbers? No one could verify his claim of course.

Now, look at his expression at the very beginning of this clip with George S. He honestly appears to not see any problem with getting information from foreign governments. Is he that good of an actor? I don't think so. The way he lets us see his (nearly) every thought via Twitter. Does he have a "poker face"? Is this the art of the Con? After all the trouble he's had over the "Russia thing" it is impossible to believe that he didn't get the message about this tactic not being a good idea, illegal, etc.

Now, with the latest scandal re his phone call to the president of Ukraine, I'm just burned out with this guy. So tired of waiting for Congress to call him on the carpet.

@realDonaldTrump
As I have stated strongly before, and just to reiterate, if Turkey does anything that I, in my great and unmatched wisdom, consider to be off limits, I will totally destroy and obliterate the Economy of Turkey (I’ve done before!). They must, with Europe and others, watch over...

Re: "He's Deteriorating in Plain Sight"