Pensacola Discussion Forum » Politics » Trump is a "moron" or a "mega creep" or both?

Did you catch the President on a consoling mission to ravaged Puerto Rico, in a warehouse, laughing and tossing paper towel rolls out to a crowd of survivors who have gathered to hear him. Mega-creep or moron?

The fact that they are content to leave the Pussy Grabber in the driver's seat as he steers us towards Thelma and Louise's cliff, says oodles about that weird collection of miscreants who label themselves republicans. Un-American would be a much better descriptive!

In 2006, Donald Trump made plans to purchase the Menie Estate, near Aberdeen, Scotland, aiming to convert the dunes and grassland into a luxury golf resort. He and the estate’s owner, Tom Griffin, sat down to discuss the transaction at the Cock & Bull restaurant. Griffin recalls that Trump was a hard-nosed negotiator, reluctant to give in on even the tiniest details. But, as Michael D’Antonio writes in his recent biography of Trump, Never Enough, Griffin’s most vivid recollection of the evening pertains to the theatrics. It was as if the golden-haired guest sitting across the table were an actor playing a part on the London stage.

“It was Donald Trump playing Donald Trump,” Griffin observed. There was something unreal about it.
...
“O.K., I guess I’m asking, do you consider yourself ideal company?”
“You really want to know what I consider ideal company?,” Trump replied. “A total piece of ass.”
https://www.theatlantic.com/magazine/archive/2016/06/the-mind-of-donald-trump/480771/

Posts : 36130
Join date : 2012-08-30
He has been running from this characterization most of his adult life, but the simple fact is that Donald Trump is a moron. He is a flim flam man who anybody who spends time with him has to come to the same conclusion that NY NY did in regard to the man......moron. 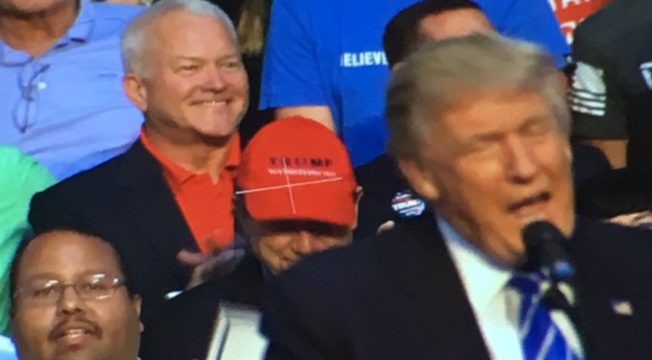 Pensacola Discussion Forum » Politics » Trump is a "moron" or a "mega creep" or both?

» So this fella Tillerson called tRump a F'n Moron...
» Uh oh, ... I Think the Moron Mexican President Kicked Trump in His Tiny Balls
» Bernie a moron is called a Moron....
» Listen to this creep
» Dick Armey...Teabagging moron.