PNJ Boys and Studer Bully Mayor and Council Sunday Editorial:
This editorial is far from the truth. I urge the citizens to contact me personally and you will get a straight forward answer to your questions and the truth that you will not get from the PNJ. The PNJ says you will not get a straight answer about how to develop the park. You will get it from me, but you will not get it from them and I will prove this on my blog. I will also be blogging extensively about the Maritime Park and the CMPA (Community Maritime Park Association). I want the people to know the truth about the Maritime Park, the scheme to finance it, the exploitation of minority communities to get New Market Tax Credits, the CMPA and what it really is, the Omnibus Lease Amendment that screwed the citizens of Pensacola out of their Park; Jim Reeves, John Merting and others secret out of the sunshine negotiating meetings on various contracts with Quint Studer's attorneys in violation of Florida in the Sunshine laws; the written threats by the PNJ Bully Boys to go to war with the Council if we don't submit blindly and without question to their will; the truth about the PNJ and other local newspaper and their involvement with the Studers. The public needs to know the truth. This editorial is an attempt to get the Mayor and the City Council to rubber stamp agreements that need to be vetted by competent legal counsel. At a special called meeting of the Council President on Thursday, July 16 the City Council for the first time was presented a formal lease by Quint Studer for parcels 3,6, 9 at the Maritime Park. The lease was in front of my seat when I arrived. I had not seen it before that time. Mr. Studer, the PNJ, the Inweekly and his army of news media cronies really expected Council to approve a lease without even reading, discussing or having our legal counsel review it. Further, this editorial is designed to put pressure on the Mayor to fast track and rush the Studer deal through the council. (Note the CMPA had the issue before them at least since September 2014 and it just got to council on July 16th. The Council has no involvement with the CMPA and it’s slow as molasses process. The Mayor has done the right thing in asking our legal counsel to review the proposed Studer lease for parcels 3,9, 6 and to discuss it with council. I fully endorse the Mayor’s action. He is looking out for the interest of the citizens in a responsible and accountable manner. He deserves the full support of the citizens and the council. Further, the PNJ has a conflict of interest. They appear to have profited greatly from Mr. Studers purchasing of weekly full page ads in their paper over a number of years and then there are the millions paid by Studer for a piece of property the PNJ wanted to unload. I urge the public to trust their elected officials on this issue and to let the PNJ bully boys know to back off their abuse of power and strong armed tactics. The property that Mr. Studer wants is not going anywhere. There is nobody out there that is interest in leasing the three parcels and they are not going to be interest because of the tactics that have been so blatantly displayed by the Studer camp and his army of news media propagandist. My contact information is (850) 484-0902, e-mail Smyers@cityofpensacola.com and http://sherrimyers3.blogspot.com. Contact me. I will be more than happy to discuss anything related to the issues raised in this editorial. 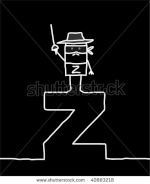 Sounds to me like Studer might be a little corrupt; no matter how much good he has sowed in Pensacola.