Shortly after taking office in 2009, President Barack Hussein Obama CANCELLED the anti-missile installations in California and Alaska along with reneging on his promise to Poland. Like most of his reversals of the Bush foreign policies, President Obama is quietly doing ANOTHER 180 degree turn.

Didn't President Obama tell us that with him as president, EVERYONE was going to love us...? Instead, of course, they are walking all over us as we now lead from behind.

The officials didn't say specifically why the interceptors were being deployed, but the announcement comes as North Korea has been making bellicose threats to void the armistice that ended the Korean War and launch a nuclear attack on the U.S.

Had President Obama not pulled the plug on the project when he took office, the sites would be close to completion and have provided real jobs by now.

Isn't it curious that now that we're broke, close to SEVEN TRILLION DOLLARS DEEPER IN DEBT, NOW we need more anti-missile defense sites after President Obama has told us they were worthless and not necessary all his political career?

Think MAYBE they have heard something we don't know? Benghazi was brutally attacked by organized, radical Islamists six months ago...and we still haven't been told the truth about that either. 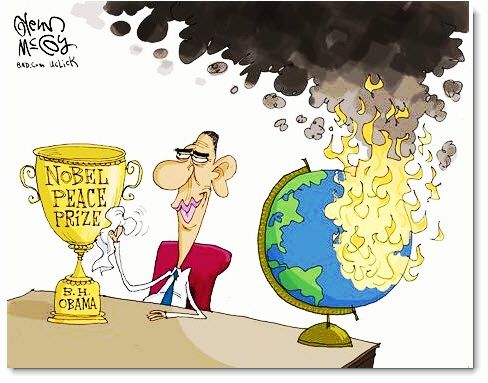 Guest
Funny how he campaigned against W's policies, yet has implemented most all of them.

PACEDOG#1 wrote:Funny how he campaigned against W's policies, yet has implemented most all of them.

They are both good examples of the influence of our military complex's ability to create a threat of dire proportions that need Americas intervention.

And your sad little brain.

I presume you are talking about the yet still unexplained radical Islamic Terrorist attack on Benghazi on 9/11/2012. One we were warned about specifically and the embassy had notified the State Department that they could not defend the embassy if attacked. The one where once the attack began, President Barack Hussein Obama received a 15 minute briefing that the attack had begun, then Obama went upstairs to the private quarters where he received no further updates nor did he request any updates while out Americans were being killed.

As you well know, President William Jefferson Clinton erected a wall of silence between each of the 16 or 17 intelligence agencies so they were NOT able to communicate. The IDEA was admirable. To prevent security leaks through different agencies having access to top secret information. That was also the fatal error.

The agency who learned that Muslim's were taking flight lessons, and not particularly interested in landing or taking off, were NOT allowed to communicate that information to the agency that learned that al Qaeda was planning to use aircraft to launch a terrorist attack. Yet another agency that picked up increased "chatter" concerning an attack, could not communicate that to the other agencies and on, and on and on.

There was NO LEGAL WAY for them to connect the dots. It was done in the interest of security. Someone in one agency, would not find out what was known in another.

After President George Bush brought down the Gorelick Wall of Silence.... the pre-Patriot Act "wall" prevented foreign intelligence and criminal investigative communities from collaborating. ... the wall barred anti-terror investigators from accessing the computer of Moussaoui, the 20th hijacker.

The wall was originally erected by Jamie Gorelick to hide contributions to Clinton's presidential campaign from foreign sources...over $1.2 million was hidden by straw donors....but in turn it also prevented the sharing of foreign and domestic intelligence.

Legislation put forth by President George Walker Bush, and a new oversight agency created after the attack, remedied this fatal error and gathers intelligence from all agencies. How many fatal Islamic Terrorist attacks...until President Barack Hussein Obama, have we had since?