Pensacola Discussion Forum » Politics » Sen.Ball, at least he has a pair!

Sen.Ball, at least he has a pair! 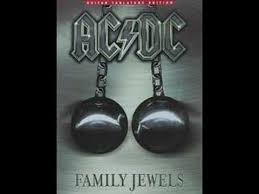 Posts : 10864
Join date : 2012-06-14
Greg Ball has a long history of questionable behavior. Back in 2003 hisex-girlfriend, CNN producer Linda Fern Roth, requested a restraining order against Ball.She claimed at the time that Ball had “threatened to destroy her career andreputation.” A temporary order was issued but then the matter was dropped.In 2007, Ball was involved in a charity fundraiser which, according to theWashington Post, raised more money for a PAC Ball controlled than it did for charity:


The bouncing Ball is now doing his greatest service to the people of NY State, he retired from politics and moved to Texas. Good for him.

Re: Sen.Ball, at least he has a pair!

Pensacola Discussion Forum » Politics » Sen.Ball, at least he has a pair!

» Sen Earnest response: I had one good pair of shoes......
» Boston hit by a pair of brothers with Islamist/Chechen ties
» Cop: Woman, 22, Battered Live-In Boyfriend, 74 Florida pair "had a physical intimate relationship.
» Don't you eye ball me, boy.
» Take Me Out to the Ball Game