Contest.. Closest to the hour when...

Guest
They start taking down the wheel on the beach. We may have a new indicator of things to watch. If they start to take it down then we have a issue. If they leave it up, maybe not so much? What say you?

Guest
I say They will not take it down.

Guest
im not sure thats something they would take down.

I never see any other feris wheels taken down during storms, do they do that?

Guest
That is what they said they would do if a big blow came.........Give me a ride on your air boat?
c/p Pensacola Digest

Hurricane, schmurricane
After site preparation, the wheel itself was assembled in only a few days. That’s a feature of the design, and one that may come in handy when tropical storms threaten the area.

“It can be put up and taken down fairly quickly, top-to-bottom in six days,” said Mers. “But we would never have to take it down top-to-bottom.”

Depending on the kind of storm that enters the Gulf of Mexico, they might only remove the gondolas. For higher category hurricanes, they might decide to take down the ring beams or spokes.

“I don’t think we’d ever hit a spot where we’d take the A-frame down,” Mers said.

hallmarkgrad wrote:That is what they said they would do if a big blow came.........Give me a ride on your air boat?

wow, they would take it down and up with each storm. interesting.

and I wish that was my airboat. just one I went on. If I ever buy a boat here though, thats what it will be. nothing can quite compare to a airboat, boat wise anyway imho.

hallmarkgrad wrote:That is what they said they would do if a big blow came.........Give me a ride on your air boat?

wow, they would take it down and up with each storm. interesting.

and I wish that was my airboat. just one I went on. If I ever buy a boat here though, thats what it will be. nothing can quite compare to a airboat, boat wise anyway imho.

Chrissy, each of the gondolas on the wheel weighs close to 1000 pounds. I am not sure about you, but if one of those things came loose in a strong wind I would not want to be in its flight path.

Yes, I recall reading they will take the wheel down in the event of a serious storm. It will be interesting to see if/when that happens. You're right, Hallmark --- the dis-assembly of the wheel will be a storm marker.

Guest
It's DARK in my house! We put up our plywood over the sliding glass doors that face south.

My garage door is kinda cheap, and it faces north. I have a big riding lawn tractor and I'm gonna back it up to the door (inside) to brace the door. If the storm goes in around Destin, we'll get a north wind for a while.

What's the prize, Hallmark? Round trip to Chimuckla?

Posts : 17846
Join date : 2010-01-02
Location : God's beautiful CREATION
I just replaced the sliding glass doors that were shaken and leaked back by Ivan...damn knew I should have waited a few more years but I couldn't see out for the fog....Now I will have to replace them again..anyone want to buy my house today ?

Guest
Since nobody else guessed a time for landfall, I win by default... de fault of youse guys for not guessin'!

Posts : 22918
Join date : 2012-06-13
Location : Armpit of Florida
It was made to be taken down. The original plan was to have it at Pensacola Beach part of the year and at Pidgeon Forge, TN part of the year but they changed their minds about that probably because of the expense of disassembling, transporting and reassembling it twice a year. 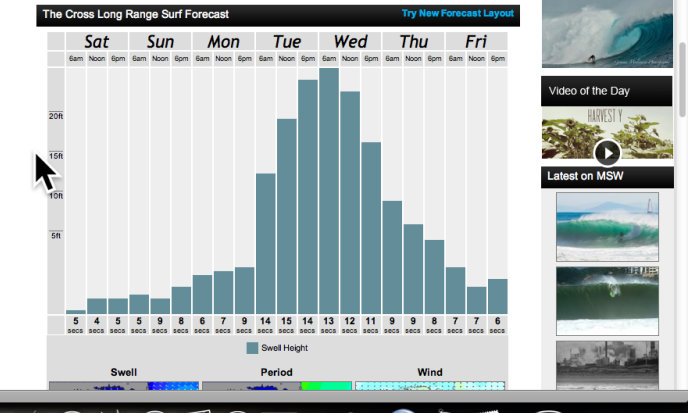 Guest
In preparation for Tropical Storm Isaac, workers at the 360 Pensacola Beach Observation Wheel will be dismounting all of the 42 gondolas tonight and tomorrow morning.

More portions of the wheel may be dismantled over the next few days, depending on how much Isaac strengthens

I guess Eric wins!!! I lost for sure. Damn cant even win at my own game

OT, I got,home about 5:00 tonight and 2 hours latere my daughter brought my grandson over to spend the night. Hanging from the ceiling of my screened porch was a snake skin about 3 ft long and as big around as a nickel. I know it wasn't there when I got home. I couldn't have missed it as it was right in front of my front door. I guess the snake has taken up residence in the ceiling of my porch. We don't live far from a creek and I'm hoping it isn't a water moccasin.

SheSurfs wrote:At the Wharf in OB, they took the wheel down with each of the big storms. The charge to do so was in the tens of thousands...

wow thats pretty big. be careful in that if you get it. that scares me. I worry for your safty.

Re: Contest.. Closest to the hour when...