The Trump administration has decided against reopening the Affordable Care Act’s Healthcare.gov marketplaces to new customers, despite broad layoffs and growing fears that people will be uninsured during the coronavirus outbreak.

The administration had been considering the action for several weeks, and President Trump mentioned such conversations in a recent news briefing. But according to a White House official, those discussions are now over. The news of the decision was previously reported by Politico.

The decision will not prevent Americans who recently lost their jobs from obtaining health insurance if they want it. Under current law, people who lose job-based insurance already qualify to enroll for health insurance on the marketplaces, but are required to provide proof that they lost their coverage. A special enrollment period would have made it easier for such people to enroll, because it would not require that paperwork. It also would have provided a new option for people who chose not to buy health insurance this year but want it now.

Though the administration continues to run the Affordable Care Act marketplaces, it has taken numerous steps to weaken them, and President Trump continues to call for the health law’s elimination and replacement. The administration has joined a lawsuit with a group of Republican states that calls for the entire law to be overturned, which the Supreme Court will consider in its next term. Mr. Trump recently told reporters that he continues to support the suit, and would like to replace the law, though he has not specified a preferred policy alternative.

“What we want to do is get rid of the bad health care and put in a great health care,” he said, in response to a question on March 22 about the lawsuit.

Latest Updates: Coronavirus Outbreak
In just two weeks, 10 million jobs have vanished, shaking the foundations of the global economy.
The Democrats are postponing their convention until August because of the virus.
The U.S. approved a test that could help detect immunity. 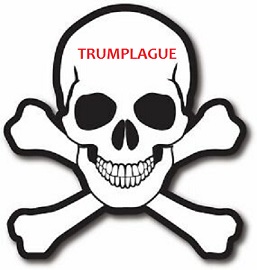