WILL ECONOMIC INEQUALITY BRING DOWN OUR ENTIRE SYSTEM OF GOVERNMENT?

Are politics and economics even more interdependent than we think? Our guest on this week’s WhoWhatWhy podcast, Ganesh Sitaraman, argues that extreme economic inequality threatens the United States’ democratic form of governance.

Having been a longtime senior policy adviser to Elizabeth Warren and a Harvard classmate and close friend of Pete Buttigieg, Sitaraman, currently a Vanderbilt law professor, has a unique perspective on US politics.

Sitaraman brings deep historical knowledge to the discussion as he makes his case that today’s economic inequality is creating deep political instability. He argues that the general idea of economic inequality is something that the founders anticipated, and that we have historically prevented other such periods of inequality from destroying the very constitutional system the founders bequeathed to us. Albeit not without some pain.

He argues that previous attempts to use the government as an engine of economic reform have worked relatively well and have historically prevented economic elites from gaining too much unchecked power.

This time, however, he says it could be very different. If economic inequality continues as it is now, he warns, it could undermine the very idea of representative democracy.

(podcast with transcript...too long to post the whole entry).

Posts : 1940
Join date : 2017-04-21
I don't know, but I do know that Trump sees economic chaos as a good thing, because he wants us living under a dictatorship, AND wants to benefit Russia. 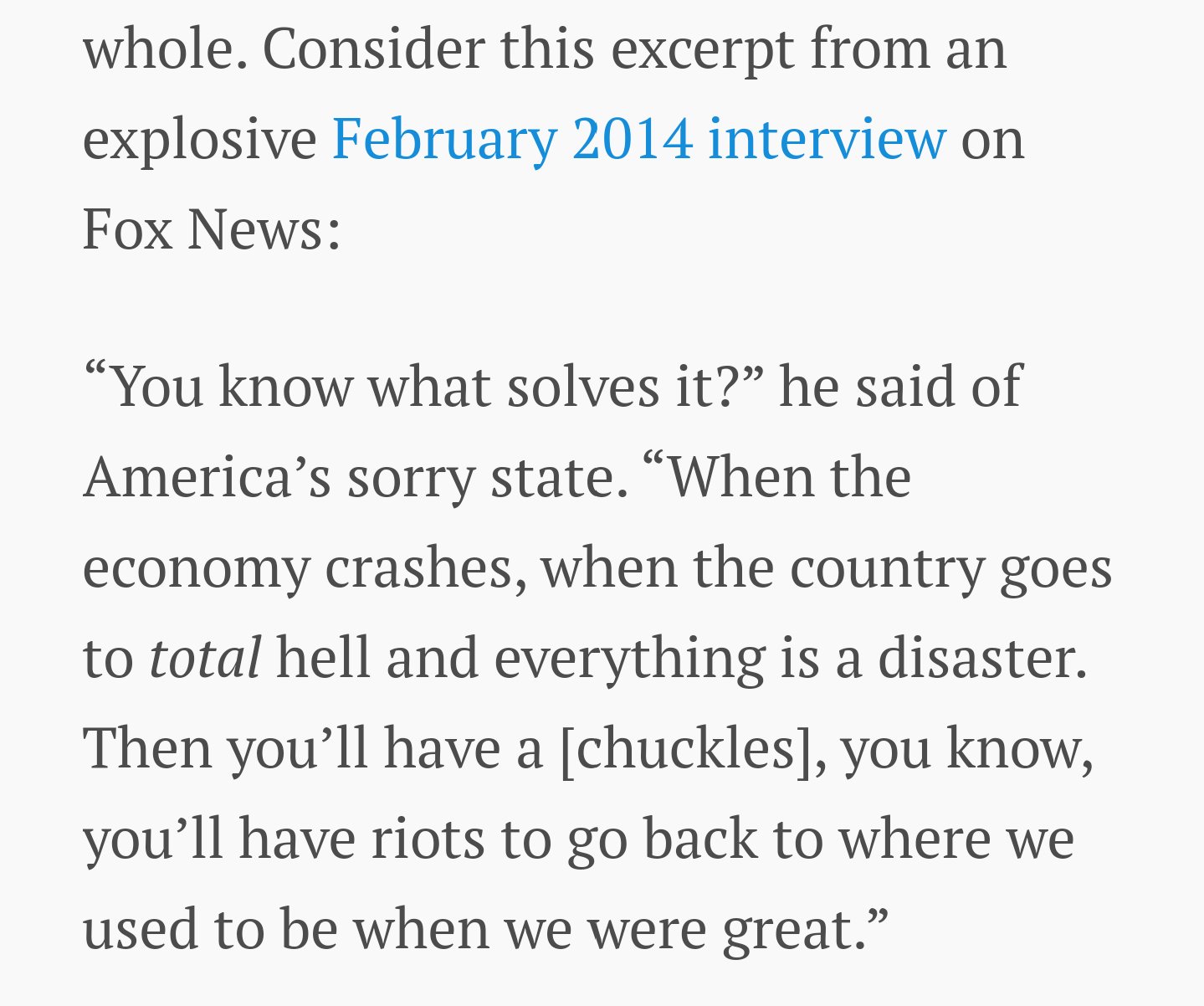 To be fair... he apparently doesn't know either. 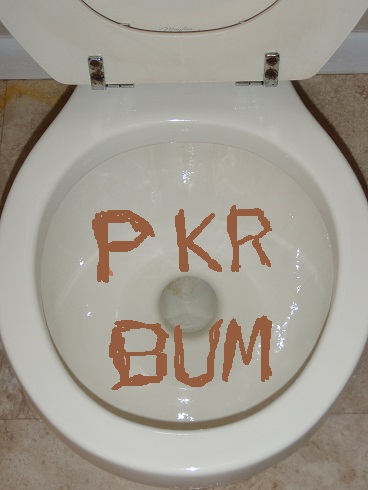 Posts : 1940
Join date : 2017-04-21
Crazy the way the DNC forces voters all across the country to choose a different candidate! It must be a conspiracy!


(Somebody should call this stupid poker-boy's stupid mama to come get his ass, he needs supervising. Although anybody who raised something like him probably need supervising themselves...)

Posts : 6331
Join date : 2012-06-14
Location : Pensacola Beach, FL
Condolences to all those like Pkr who were excited for a Bernie win so they could watch Trump eat him alive.

The only entity who screwed Bernie out the nomination was Bernie, along with the much smarter Biden voters.

Posts : 4496
Join date : 2010-01-02
Age : 74
Location : Gulfport/New Orleans
The pivot after the SC primary election from: "I really haven't made up my mind yet!" to "Biden's the One!" Is due to 1) the number one item on every thinking voter's list of what needs to happen in November is: Beat Trump. 2) Pivoting to Biden on a dime because the black voting base of the party finally had a say in the primary process and pointed to Joe and 3) sort of back to #1: Extremely and highly motivated Democrats, former Republicans and Independents taking the respected advice of the black voters and went with their advice, knowing no candidate had a chance without their support.

I suppose this is the standard explanation as to why the voting so overwhelmingly went to Biden but boy, it all makes complete sense to me.

As for this fantasy that the DNC manipulated anything, it's a Russian troll's idea of a perfect issue for the Bernie Bros and the rest of us to supposedly fight over. Who listens to the DNC? Nobody that I know of.

We just want the toddler GONE and James Clyburn showed us who could beat him. This whole "Let's you and him fight" thing is as transparent as can be. Sure there are some Bernie supporters who will be very disappointed but hopefully enough of them will get over it when faced with Joe or the baby and will sober up and pick Joe, or stay home, or whatever. I think Joe has a good chance of turning enough states Blue to pull it off.

Posts : 4438
Join date : 2017-02-06
Voting went "overwhelming" to Biden because Warren and Bloomberg bled votes off of Bernie. Warren knew after South Carolina that she was running out of money and momentum. She knew that she'd lose her own state on Super Tuesday. Look at the total votes of those three. That would've been a contest against Biden and changed the outlook and enthusiasm. I don't necessarily care... but this was pretty brazen.

PkrBum wrote:Voting went "overwhelming" to Biden because Warren and Bloomberg bled votes off of Bernie. Warren knew after South Carolina that she was running out of money and momentum. She knew that she'd lose her own state on Super Tuesday. Look at the total votes of those three. That would've been a contest against Biden and changed the outlook and enthusiasm. I don't necessarily care... but this was pretty brazen.

Once black voters indicated their choice was Biden, it was over in a realistic sense for any other candidate. The best thing for the Democrats was to pivot as quickly as possible to the obvious eventual nominee.

Re: WILL ECONOMIC INEQUALITY BRING DOWN OUR ENTIRE SYSTEM OF GOVERNMENT?