Uncounted Ballots, Overvoted Ballots: Why is the Governor Claiming Fraud in Florida’s Election?

Uncounted Ballots, Overvoted Ballots: Why is the Governor Claiming Fraud in Florida’s Election? on 11/12/2018, 6:36 pm

I presume the question is rhetorical. 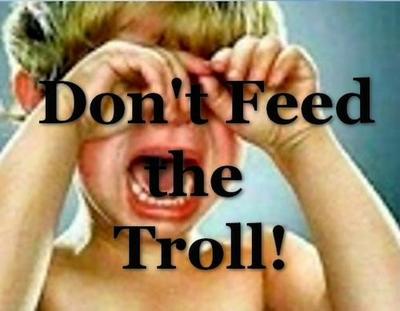 Marco Rubio, Rick Scott and Matt Gaetz fuel rumors of vote tally fraud. New York Times: In the chaos that has swirled over the vote count in Florida following Tuesday’s midterm elections, one headline made its way ominously around the state: A teacher in Broward County had discovered a box labeled “provisional ballots,” left behind at the polling place at her school.

Mishandled ballots? Incomplete vote count? Florida’s Republican Senator, Marco Rubio, fanned public suspicion. “I don’t know what’s in this sealed box found this morning by #BrowardSheriff,” he said on Twitter. “But this dysfunction in #Broward Elections is not acceptable. At a minimum, it undermines public trust in the election & creates opportunity for mischief.”As it turned out, there was no mischief. The mystery box, seen in photos all over social media, contained not ballots but supplies — pens, envelopes, signs advising people to “Vote Here.”

But it was too late: the fluid vote tally in three statewide races and repeated claims of possible fraud by Florida’s Republican governor, Rick Scott — who is running in a still-contested Senate race — were enough to convince many Floridians that widespread election theft was underway.

“For all I know, they’re still counting ballots for Al Gore back there!” said Representative Matt Gaetz, a Republican from the Florida Panhandle who traveled south to raise alarms over the vote count.

To make his point, he stood in the back of a rental truck filled with boxes labeled “ballots,” meant to symbolize the large number of votes that were counted long after the election in Broward County — votes that helped cost Republican politicians their sizable leads in the governor and Senate races.
On Sunday, as three statewide recounts were underway, Mr. Scott, whose initial 56,000-vote lead over the Democratic incumbent, Bill Nelson, has dwindled to fewer than 13,000, filed emergency motions in court asking law enforcement agents to impound and secure voting machines when they are not in use.

The latest legal maneuvering came amid growing doubts over the progress of the recounts, required under state law for races — in this case, for governor, Senate and state agriculture commissioner — where the candidates are separated by margins of 0.5 percent or less.

The national Republican Party accused Broward County’s supervisor of elections, Brenda C. Snipes, of “incompetence and gross mismanagement” after a problem with a vote-counting machine delayed a scheduled check of the vote-counting equipment.

Palm Beach County’s elections supervisor, Susan Bucher, said that her county’s machines are too old to conduct three full recounts as quickly as required, and the county would be unable to meet the deadline on Thursday.

Florida’s protracted 2018 midterm election has revealed the warts of an imperfect voting system that normally go unnoticed. This time, the world is watching, and South Florida election officials are being exposed for sloppy processes that in some cases, a judge found this week, violated both state law and the Constitution. ...

Mr. Gaetz said that in Broward County, it appeared that officials were trying to avoid releasing information on the number of ballots received and votes counted — information that Governor Scott had to sue to receive — that could be used to “triangulate fraud.”

“If someone is standing in the way of the evidence, I would draw an inference that they don’t want us to know what the hell happened,” he said, as supporters chanted, in an apparent reference to Ms. Snipes, “Lock her up!” Most of the information was later released to the governor’s Senate campaign.

Floridatexan wrote:one headline made its way ominously around the state: A teacher in Broward County had discovered a box labeled “provisional ballots,” left behind at the polling place at her school.

I can't validate the source but I read somewhere that the box actually contained equipment, not ballots.

Re: Uncounted Ballots, Overvoted Ballots: Why is the Governor Claiming Fraud in Florida’s Election?