Pensacola Discussion Forum » Politics » "a slap in the face"

"a slap in the face"

SheWrites wrote:It is a charity's prerogative to invite a speaker fees.  Everyone knows fees are involved.

Nonissue in the continued bash of character between Republicans and Democrats.

Nonsense...character bashing is a staple of the GOP.

SheWrites wrote:It is a charity's prerogative to invite a speaker fees.  Everyone knows fees are involved.

Nonissue in the continued bash of character between Republicans and Democrats.

Nonsense...character bashing is a staple of the GOP. 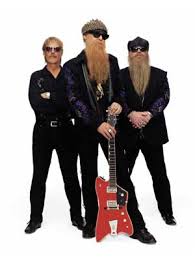 Says the person who has a Bush fetish.

The motto for Houston non-profit Helping a Hero is "empowering wounded heroes one home at a time." But a group of wounded veterans say the charity is misleading and exploiting them.

Among the allegations are lavish expenditures, a lack of accountability, and broken promises. The complaints come from a group wounded veterans and former insiders. The allegations have also been filed with law enforcement and the attorney general.

If you look on Helping a Hero's website, you will see the faces of American war heroes whose sacrifices have earned them the nation's highest honors and respect. They are the faces of those whom the charity promised to build a specially-modified, handicap-accessible home.

One of the warriors selected was Sam Brown of Dallas, a West Point graduate and platoon leader injured in an explosion in 2008.

While in rehab, Brown was approached by Helping a Hero. They wanted to build him a house in the North Dallas neighborhood where he dreamed of raising his family.

A letter from the charity spelled it out: He just needed to purchase the lot, Helping A Hero would pay up to $100,000, and the builder would pay the rest, for a total home value of about $250,000.

Sam Brown
Sam Brown (Photo: WFAA)
"We were a little bit surprised it took until July to do a groundbreaking," Brown said. "We thought, 'Hey, groundbreaking in July, this is great. We will be moved in by Christmas."

But Christmas came, and no house. Brown was paying the mortgage note and taxes on an empty lot.

Almost weekly, he pleaded with the charity for an update. He said all he got from Helping A Hero founder Meredith Iler were excuses.

"That was the theme, 'Sam just bear with us, we don't have everything lined up yet,'" Brown said, quoting Iler. "'We are working on it, we are working diligently.'"

Brown said Iler promised his house would finally be built by this spring, then this summer. Now in November, the lot still sits empty, so Brown and his wife have decided to sell the lot and walk away from Helping a Hero.

"My family is not going to be associated with something that is even potentially built on lies, deceit, broken trust," he said.

And the Browns are not alone.


The motto for Houston non-profit Helping a Hero is "empowering wounded heroes one home at a time." But a group of wounded veterans say the charity is misleading and exploiting them. News 8's Brett Shipp investigates. WFAA

Brandon Byers, who lost his leg in Iraq to a roadside bomb, served as interim executive director at Helping a Hero for three months. He said it was just long enough for him to see other veterans forced to pay tens of thousands of dollars more for homes than they were led to believe they would.

Brandon Byers
Brandon Byers (Photo: WFAA)
"It's like building a cancer hospital for children, and then when the kids walk through the front door, they are given a bill," Byers said.

Veteran Eddie Wright of Conroe, Texas, recipient of the Bronze Star and Purple Heart, served on the board of Helping a Hero for six months. He said he quit after learning of how Meredith Iler was spending donation money, such as a $3,500 breakfast for advisory board members at the exclusive River Oaks Country Club in Houston.

"So if that's really just the tab for breakfast, is that okay?" Wright said. "[As a board member,] I'd be hard pressed to figure out an excuse to justify that."

Wright later learned that speaker was former President George W. Bush, flying a private jet from Houston to Dallas in association with the charity's 2012 annual fundraiser gala. What upsets him more, he says, is the fact that Iler paid Bush $100,000 to speak at the same gala.

"You are our leader. Why would you charge somebody $100,000 to raise money for men and women who are wounded fighting a war that you commanded us to go fight?" Wright said.

And it's not just wounded warriors who are upset.

News 8 has reviewed written allegations from former insiders, including former board member Retired Colonel Karen Lloyd, who filed a complaint alleging "false advertising" of benefits to vets. She said the charity contributed far less to the building of the home than the $100,000 vets were led to believe. She alleges "waste, fraud and abuse" of charity funds, "illegal raffle ticket sales" by the charity, and Iler "benefiting personally from the charity's credit card."

News 8 has posed many of these allegations to charity operators and requested an on-camera interview. The only response came in an email from Iler.

Helping A Hero founder Meredith Iler
Helping A Hero founder Meredith Iler (Photo: WFAA)
"Helping a Hero is the second-largest national home building organization for our wounded veterans and has built more homes in Texas than the other top five national organizations combined," Iler said in the email. "We have awarded over 100 homes in 22 states. We build these homes subject to the budget constraints of our program."

But Brown believes Iler has promised more than she can deliver and taken advantage of those who least deserve it.

"And while this was my lot that sits empty, there are other men and women right now who are going through the same struggle with the same organization with the same broken promises," he said.

News 8 has confirmed that both the Texas attorney general's and the Harris County district attorney's offices are investigating complaints filed against Helping A Hero.

The charity's annual fundraiser gala is scheduled for November 17, where Helping a Hero expects to raise more than a million dollars.

Not only did Bush exploit the veterans, costing many of them their lives or body parts, now he's exploiting the very ones he disabled. And this is not the only incidence of the Bushes aligning themselves with "questionable" businesses or business partners...not by a long shot. Bush deserves a prison cell, and instead he's reaping more rewards on the backs of the people he is supposedly championing. 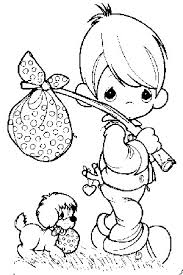 And she changes the direction of the discussion when things aren't going her way like all progressives do until they do like Sal and...

Pensacola Discussion Forum » Politics » "a slap in the face"