Violence Never Has and Never Will Be The Answer 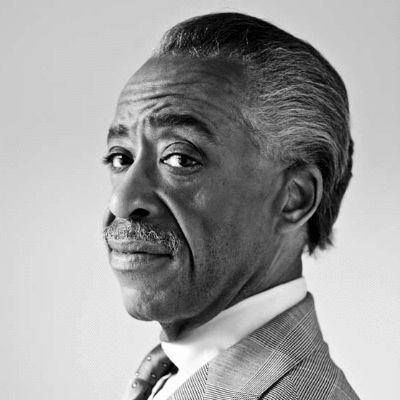 The world sometimes seems ablaze. Over the past few days, these words have taken on literal meaning in London and surrounding cities/towns in England. After the shooting death of a Black man at the hands of police, his family and friends peacefully protested against what they deemed a grave injustice. But sadly, their nonviolent opposition was transformed into a dangerous uproar by mostly young, impoverished youth lashing out their frustration in the most troubling manner. If my years of activism in tackling everything from police brutality to economic disparity have taught me anything, it is that violence is never ever the answer -- even when it is inflicted upon us.

Hopelessness is without a doubt one of the most difficult problems to address. When poor, disenfranchised young folks or oppressed minorities lose any semblance of equality and hope, we must teach them that violence does not and will not resolve a thing. As someone who has worked to tackle police brutality on a national scene perhaps more than anyone, I understand the despair and anger people may feel following a racially motivated incident. But as a student of the teachings of the great Dr. Martin Luther King Jr. I also fully endorse and have incorporated into my own life the notion of nonviolent resistance.

In 1991, while leading a protest in Bensonhurst, Brooklyn against the acquittal of White youth charged with attacking Black teenagers and killing one by the name of Yusuf Hawkins, I was stabbed in the chest. There were several ways in which I could have responded. But reflecting on the message of Dr. King, I not only visited my attacker in jail, but also asked the judge for leniency on his behalf. And throughout the years, whether it was the horrible cases of Sean Bell, Amadou Diallo, the NJ state police incidents or any other police brutality occurrence, we at National Action Network (NAN) always worked to ensure that our response was forceful, effective and of course peaceful. And throughout my years of activism, even I learned that one must not be careless with language that could be misunderstood as encouraging or condoning violence.

At the end of this month, NAN will commemorate our annual Dr. King rally/march in Washington, D.C. on August 27th. As we pay homage to this great civil rights leader, all of us must emulate his notion of progressive advancement and nonviolence. We cannot simply discuss Dr. King's great teachings or his impact on society; we must strive to live out every day as he would, no matter what the adversity. And despite our many gains, all of us have much work that still lies ahead.

Recently, a 49-year-old Black man in Mississippi was beaten and run over allegedly by a group of White teenagers yelling racial epithets. In the state of Wisconsin, several county fair goers accused a mob of Black youth of attacking and beating anyone White they came across. Both incidents, if accurate as reported, highlight the continued need to address many of the underlying social, political and yes racial issues still plaguing society. But whether it's the senseless beating or killing of an innocent individual, the tragic abuse at the hands of police, or the brewing frustration of young people in England or elsewhere, we must ensure that our reaction is one of intellect over rage.

On the weekend of the 27th in D.C., the world will watch the unveiling of the Dr. King monument. As we convene, rally and march on this historic occasion, let us remember that even in the face of fire hoses, hate groups and imminent death, the great civil rights leader never faltered in his dedication to peaceful opposition. During these tumultuous, unpredictable and challenging times, we must remember that it is not enough to just discuss Dr. King and his nonviolence movement -- each and every one of us must begin to live like him on our way to that highest mountain top, no matter what the adversity.

Posts : 13870
Join date : 2012-06-14
Location : Gulf Breeze
Somewhere along the way, MLK's teachings have been lost. We have statues,  parks, parades, and streets bearing his name in almost every city across the nation, and it ends there. His words are forgotten.

Re: Violence Never Has and Never Will Be The Answer