Guest
Table Dancers Turn Tables, Show Up To Church To Protest Being Protested
By Chris Morran on August 9, 2010 4:15 PM

(Kyle Robertson/Dispatch)
The dancers at the Foxhole in Coschocton County, Ohio, are used to arriving at work to the sounds of protests from members of the nearby New Beginnings Ministries church. But the same couldn't quite be said for the churchgoers, who showed up for services on Sunday and were greeted by the sight of bikini-clad protesters.

For the last four years, the pastor at New Beginnings has led a protest outside the Foxhole every weekend. Beyond just voicing their disapproval of the strip joint, the church members also videotape the license plates of the bar's patrons and then post the info online.

So the crew at the Foxhole decided to give the churchgoers a taste of their own medicine, sitting outside the church in skimpy outfits and cooling each other down with Super Soakers as they grilled up burgers.

They also held signs with Bible quotes like:
Matthew 7:15: Beware of false prophets who come to you in sheep's clothing
Revelations 22:11: He that is unjust, let him be unjust still

The strip club's owner has unsuccessfully tried to sue the church for their protests, but now he's hoping that this table-flipping will help to put an end to things.

"When these morons go away, we'll go away," he said. "The great thing about this country is that everyone has a right to believe what they want."

One of the Foxhole dancers, a married mother-of-six, says the protesters outside the strip club every weekend are ill-informed:

Guest
The New Beginnings pastor counters that he and the other protesters aren't there to condemn the dancers, but to offer them a way out. "I tell them, 'I will put a roof over your heads, and your bills will be paid, and your children's bellies will be full,'" he explains.

Guest
That's a good one..but pictures would have been appreciated..They should also take note of their vehicles and follow them around.. I'll bet more than a few would be found at bars and seedy sides of town..

Guest
I tired to copy the pics but they them secured some way. I will try again.

hallmarkgrad wrote:I tired to copy the pics but they them secured some way. I will try again.

Hallmark, if you can't get the pics saved, I know how to do it and can tell you. It's quite easy. :-) Would love to see them if you have them.

Guest
OK I know how to post but these pics had sometime type of copyright stuff that would not let me save or move them around. I hope I can find the link again. Let me see if I can try again. I was not much just some ladys in swim suits sitting in a couple of lounge chairs out side a little church Here is the link http://consumerist.com/2010/08/strippers-show-up-to-church-to-protest-being-protested.html

Guest
Hallmark, I don't know why you were not able to save it. I just right clicked on the image and clicked "save image as" and it went straight to my file. I do not get any copyright warning or anything.

Guest
I might need to up grade from windows 3.1 LOL I dont know, some times I am not much good at this stuff. Thanks to everyone for your offer of assistance. 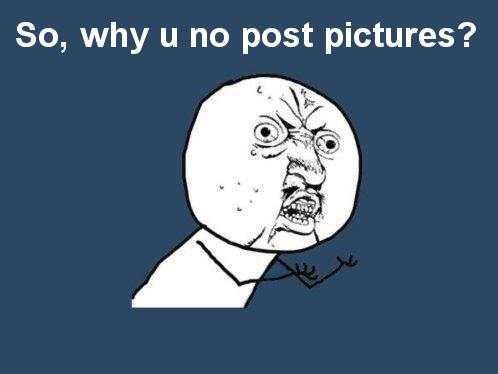 Re: Turn about LOL