Friends,
The choice is either allowing Republicans to enact an avalanche of state laws restricting voting rights, or passing the “We The People Act,” which would preempt all this (but has to get through the Senate filibuster).
According to the Associated Press, on an invitation-only call last week, Sen. Ted Cruz huddled with Republican state lawmakers to encourage them to escalate their movement against voting rights – claiming Democrats are trying to expand voting rights to “illegal aliens” and “child molesters,” and that if they get the “We the People Act” through the Senate, the GOP won’t win elections again for generations.
Asked if there was room to compromise, Cruz was blunt: “No.”
He added: “H.R. 1′s only objective is to ensure that Democrats can never again lose another election, that they will win and maintain control of the House of Representatives and the Senate and of the state legislatures for the next century,” Cruz said told the group organized by the American Legislative Exchange Council, a corporate-backed, conservative group that provides model legislation to state legislators.
For Republicans, voting restrictions are now viewed as a political life-or-death debate -- and the fight has all-but eclipsed traditional Republican issues like abortion, gun rights and tax cuts as an organizing tool.
Which gives added urgency to getting the “We the People Act” through the Senate – and quickly. Any Democratic senator still supporting the filibuster is in reality supporting the Republican assault on voting rights.
That’s my view. What do you think? 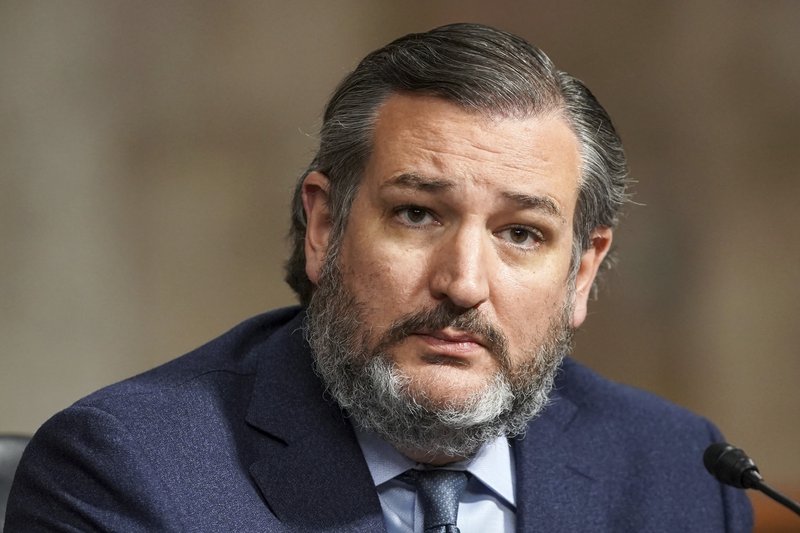 Re: Republican Party Lawyer Tells Supreme Court Republicans Can Only Win By Cheating Today at 12:20 pm

Re: Republican Party Lawyer Tells Supreme Court Republicans Can Only Win By Cheating Today at 1:19 pm

Kinzinger referred to the group as the "White Supremacy Caucus." The group's seven-page policy platform, released by Punchbowl News, calls for a "common respect for uniquely Anglo-Saxon political traditions" and a return to an architectural style that "befits the progeny of European architecture." Anglo-Saxon is a term for white people related to Germanic inhabitants of 5th century England.

"I believe anyone that joins this caucus should have their committees stripped, and the Republican conference should expel them from conference participation," Kinzinger wrote in a Friday evening tweet. "While we can't prevent someone from calling themselves Republican, we can loudly say they don't belong to us."


NEWSWEEK NEWSLETTER SIGN-UP >
The new caucus was co-founded by Republican Arizona Representative Paul Gosar. The group's platform pushes the repeatedly disproven falsehood that U.S. 2020 election was troubled by widespread fraud. The platform also expresses a desire to shrink the size of the federal government.

The group opposes all COVID-19 lockdown orders, international climate change agreements, foreign aid, granting of asylum to immigrant refugees and birthright citizenship. Its platform warns that "mass immigration" threatens "the long-term existential future of America as a unique country with a unique culture and a unique identity."

The caucus also opposes any educational efforts that "undermine pride in America's great history and is actively hostile to the civic and cultural assimilation necessary for a strong nation."

Lastly, its platform advocates for peace talks with North Korea and Russia as well as increased stimulus payments for financially struggling U.S. residents. "I'm proud to join @mtgreenee in the #AmericaFirst Caucus," he tweeted, tagging Greene's Twitter account. "We will end wars, stop illegal immigration & promote trade that is fair to American workers."

He then linked to a Forbes article criticizing the group for its promotion of "Anglo-Saxon political traditions." Gaetz said of the article, "This is just a hit piece from the America Last crowd in Big Media, Big Tech & Big Government."

In early February, the Democratic-led House voted to strip Greene of all her committee seats due to her past social media endorsements of extremist conspiracy theories.

In Greene's past social media comments, she has advocated for violence against House Speaker Nancy Pelosi and former President Barack Obama, said that an airplane never hit the Pentagon during the September 11 terrorist attacks, accused former Secretary of State Hillary Clinton of slicing off a child's face and wearing it and many other conspiracy theories.

I think Rep. Kinzinger is in the wrong party.

Re: Republican Party Lawyer Tells Supreme Court Republicans Can Only Win By Cheating