Trump caught on tape trying to sway the Georgia election

‘I just want to find 11,780 votes’: In extraordinary hour-long call, Trump pressures Georgia secretary of state to recalculate the vote in his favor
In a recording obtained by The Washington Post, President Trump alternately berated, begged and threatened Brad Raffensperger to overturn President-elect Joe Biden’s win in the state...

While their opposition will not change the election results, it will drag out the certification vote and likely further deepen partisan divisions.

"A group of 11 Republican senators and senators-elect announced Saturday that they will object to certifying Joe Biden's Electoral College win on Jan. 6.

Sens. Ted Cruz, Ron Johnson, James Lankford, Steve Daines, John Kennedy, Marsha Blackburn, and Mike Braun, as well as and Senators-elect Cynthia Lummis, Roger Marshall, Bill Hagerty, and Tommy Tuberville, said in a statement that they are demanding a 10-day audit of the results by an electoral commission..." 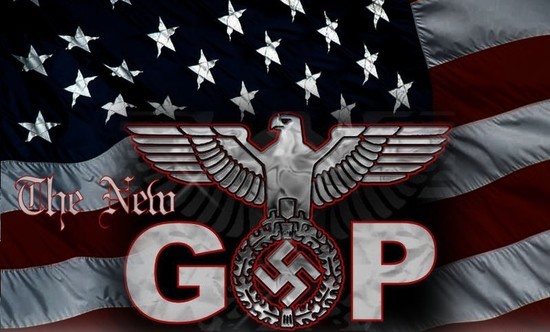 Reps. Ted Lieu and Kathleen Rice wrote that they believe Trump "engaged in solicitation of, or conspiracy to commit, a number of election crimes."

Posts : 2151
Join date : 2017-04-21
Republicans are some short-sighted motherfuckers. I know most of 'em are scared and are pretty shaky on supporting Democracy in the first place -- they've always been dictator-loving bootlickers whenever they've been given that as an option -- but continuing to support Trump after that phone call is gonna age like sushi without a fridge in a Death Valley trailer. Gonna be septic by sundown.

I can pretty much guarantee you that Cruz and Graham and Rubio and Blackburn and some of the others think they're going to get a chance to "remake" themselves again once Trump's influence dies out. But they're on too much tape now. They already made fools of themselves flipping one way, and they're just going to look even sillier flipping back. As for some of the real die-hard idiots, like Gaetz, Cawthorn, etc., they may cling to Trump like grim death all the way down, because they don't appeal to anyone who doesn't want a boot on their neck, anyway. They never were "normal Republicans" -- they were born in frat-boy-jerk mode -- so they have nothing to go back to. But you can bet Rubio and Cruz are already planning their, "Honestly, I never liked him anyway, you guys, I was just trying to stay in a position where I could influence him and save Democracy, etc." It's going to be SOOOOO much bullshit. Honestly, I don't know why Cruz is even still here. Texas has always been overrated (I've got cousins there and have spent a lot of time in the state and... let's just say I ain't a fan), but it still ain't what it used to be if they'll still vote for a guy who crawfished when his wife got called ugly and his daddy get called an assassin. Was the day anybody'd done that, one or the other wouldn't've walked away from it. But Cruz not only lets you call his wife a uggo, he'll smooch yer flanks afterwards. That dude is the most cowardly, least-respectable human I can think of.

Anyway, back to the call. The thing is, you know that call was far from unique, and you know it was far from the worst. All the stuff that leaks out that this crooked bastard does is just the foam on a deep tank of sewage. I doubt the public will ever know the extent of criminal shit this guy did.

But we do know that his base will support it. They're done being taken seriously as patriotic adults. There's nothing left of Trump support but a cult. All we're waiting on is to see how this one ends... knowing that none of 'em ever end well.

Re: Trump caught on tape trying to sway the Georgia election