But that's not nearly all of it.

Marion Hammer is the powerful NRA lobbyist who has been able, with the help of the state’s republican leadership, keep meaningful gun safety laws off the books over the past couple of decades. Some of her handy work includes Florida’s controversial, and horrendous, Stand Your Ground legislation. Florida republicans, like most every republican official in the country have always been controlled by gun lobby and the NRA in particular. Florida is discussing a proposed assault rifle ban in the state. Come shortly after yet another set of mass shootings, some lawmakers are trying to get something done. The NRA, dealing with its own internal issues is sending one of Wayen LaPierre’s most loyal soldiers, Marion Hammer, to fight this ban.

According to the Tampa Bay Times, Hammer told state economists that the assault ban would hurt the Florida gun manufacturing economy, something that former Governor Rick Scott bent over backwards to develop—using “tax incentives.” To put that into perspective, Bloomberg reported how Gov. Scott gave $1.6 million to gun manufacturer Colt to bring a whopping 63 jobs to the state in 2011.

But more importantly, according to the Times, Hammer wondered aloud “How do you tell a 10-year-old little girl who got a Ruger 10/22 with a pink stock for her birthday that her rifle is an assault weapon and she has to turn it over to government or be arrested for felony possession?” My. Brain. Hurts. Here’s the thing, there are quite a few more truthful phrases Hammer might have chosen instead of this last one about Christmas presents. For example, what about:

How do you tell a 10-year-old to give back a loaded assault rifle?
How do you tell a 10-year-old with an assault rifle much of anything?
Forget about the fact that legally, one must be at least 16-years-old to possess this special Christmas present gun in Florida right now. As idiotic as all of that sounds, Gov. Ron DeSantis’ representative at the hearing is Katie Cunningham. Gov. DeSantis’ spokeswoman Helen Ferré told the news outlets that “Katie Cunningham is one of the top public safety experts in Florida and that is why she is the Governor’s representative on this issue.” To put Cunningham into a little more perspective, in the 2018 New Yorker profile on Hammer, Cunningham—then working under then Governor Rick Scott—is not simply being advised by the NRA lobbyist, she’s beholden to her.

When Cunningham discussed revisions to gun legislation with other government staffers, she would send e-mails that said things like “Would you like to call Marion and let her know you’ve got another change to her bill?”

“Her bill?” Just remember that. Forever.

This ban is unlikely to pass anytime soon. Not while Republicans run the state into the ground and people continue to die from gunshots. 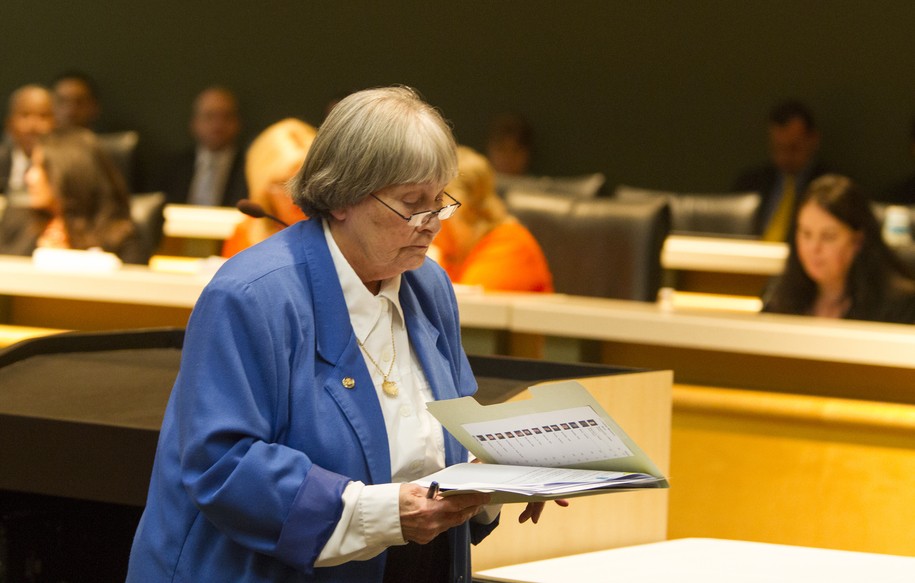 Posts : 4496
Join date : 2010-01-02
Age : 74
Location : Gulfport/New Orleans
I had been hearing reports about how "cash strapped" the NRA has become due to various law suits. I thought they were on the ropes financially, and because of these stories they'd been going to their supporters/contributors/members pleading for more donations. Now, it seems that even with this background scenery of financial doom, Wayne LaPierre and his wife have been living the good life, at the expense of their supporters. It's just another scam on the gullible.

328
The tantalizing leaks have spilled out in the weeks since the National Rifle Association’s annual convention in Indianapolis devolved into civil war.

Amid anxiety over falling revenue and mounting legal trouble has come news that the gun group’s longtime chief executive, Wayne LaPierre, billed $275,000 for purchases at the Zegna luxury men’s wear boutique in Beverly Hills. Its largely ceremonial president, Oliver L. North, had a contract worth millions of dollars a year. And a litany of payments benefited prominent officials, like the $60,000 for advertising on a TV show featuring the rock musician and N.R.A. board member Ted Nugent.

But behind the internecine squabbling lie deeper financial problems. A review of tax records by The New York Times shows that, to steady its finances, the powerful lobbying group has increasingly relied on cash infusions and other transactions involving its affiliated foundation — at least $206 million worth since 2010.

Re: NRA Lobbyist Marion Hammer Says She's Not a Lobbyist