Obama administration wants to keep people collecting Social Security benefits from owning guns if it is determined they are unable to manage their own affairs, the Los Angeles Times reported.

The push, which could potentially affect millions whose monthly disability payments are handled by others, is intended to bring the Social Security Administration in line with laws that prevent gun sales to felons, drug addicts, immigrants in the United States illegally, and others, according to the paper.

The language of federal gun laws restricts ownership to people who are unable to manage their own affairs due to "marked subnormal intelligence, or mental illness, incompetency, condition, or disease” – which could potentially affect a large group within Social Security, the LA Times reported.

If Social Security, which has never taken part in the background check system, uses the same standard as the Department of Veterans Affairs – which is the idea floated – then millions of beneficiaries could be affected, with about 4.2 million adults receiving monthly benefits that are managed by “representative payees.”

Guest
The government has no right to take firearms from people who worked all their life and finally decide they are going to retire and draw their SS check.

Guest
O is out of control.

No it's true Z, but if one cannot manage their affairs and declared mentally incompetent I'm sure even pace doesn't want to be around these people if they have a gun.

This also apply's to anyone on SSDI, under retirement age.

No I really lost a bunch of them. very true.....I left them with my son and his house was washed away down to the foundation into the bay....I'll take a polygraph.

Don't you worry yourself about such a small word as "all" maybe "if" is a word all should really worry about.

But, as to the article .... in all fairness .... this is probably already technically legal. The article speaks as to persons on SS disability ... a lot of those folks are not "seniors" and not a few of them quite young. Second it speaks as to persons who have been adjudged "unable to manage their own affairs" ... that's somewhat akin to "mentally incompetent" and mentally incompetent persons are already prohibited from posessing firearms.

Now, that said ... can you imagine the joint task of both the benefits division of the Social Security Administration and the various law enforcement agencies that would carry out such a program? I seriously question they could even manage to do it with any degree of effectiveness. Truth is, our Federal agencies are just not very efficient and have a long history of not being able to play well together. Social Security & immigration have had problems working together for decades. Not to mention .... how would they even identify which disability recipients have been adjuged "unable to manage their affairs" (which is often just the filing of some civil paperwork with no courts invovled) and which of those persons are actually in possession of firearms? It's not like we have firearms registration in this country.

So it's all much ado about nothing so far as I can tell.

Guest
The progressive strategy has been to make it nearly impossible to find common ammo... it's working well. 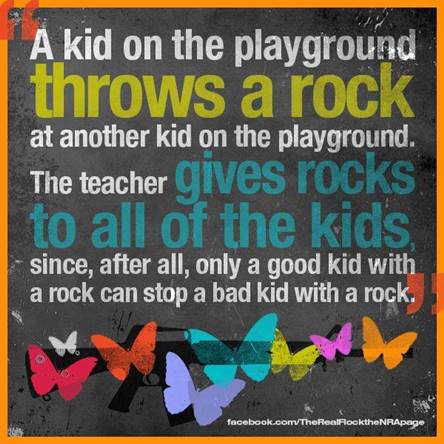 Since you two are at the top of that list this could be a good thing.