Guest
It's not like you will get to fire one up once they do.

Demssuck wrote:It's not like you will get to fire one up once they do.

Posts : 5389
Join date : 2012-07-18
Age : 75
I would hope that we, Florida, is forward looking enough to consider coming out of the dark ages and approve medical marijuana followed by a Colorado styled decriminalization path to stop filling our prisons with essentially good citizens who simply violated pot laws. It's more than ridiculous . . . . . sad perhaps or tragic.

Posts : 4172
Join date : 2013-10-05
Age : 72
I think it will pass, but as in the case of Hawaai it will take our legislature several years to implement. Look how they have screwed around with Charlotte's web.

ppaca wrote:I think it will pass, but as in the case of Hawaai it will take our legislature several years to implement. Look how they have screwed around with Charlotte's web.

Let us hope not ... but from what I've been learning of Florida since moving here I fear your assessment may be not too far off the mark. 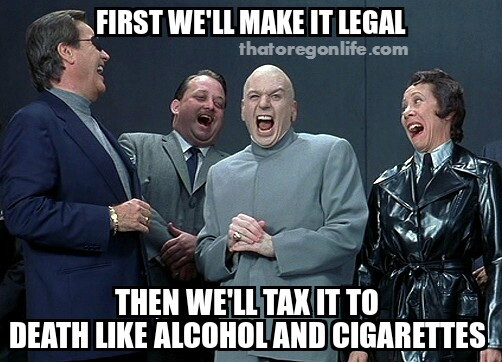 Yes, it will be taxed like tobacco and alcohol.

By adding an average of 803 new residents each day between July 1, 2013 and July 1, 2014, Florida passed New York to become the nation's third most populous state, according to U.S. Census Bureau state population estimates released today.Dec 23, 2014.

You would think our state legislature's and governor would pull their heads our of their asses and not only see medical benefits but tax benefits.

Every summer about this time I see cram the Van for school supplies to pass out to kids and I think, if Florida has such a tax windfall why do people have to donate these items so every kid has them before the start of school. Public school is just that, suppose to be funded by the state and federal government. Why do teacher's have to spend their hard earned money for school supplies that should be provided by the state? Not enough in budget?
Where is this windfall of taxes?

I guess the greedy politician's are not receiving the money they are demanding to pass legislation on legalized marijuana or casino gambling, where with the extra taxes could earmark some of the funds towards many projects that are currently not being funded.

But we the voter's keep voting these moron's into office.

They need to wake up people are already smoking or ingesting marijuana and gambling in this state and any tax money is going somewhere else.

Posts : 4172
Join date : 2013-10-05
Age : 72
Cannabinoid receptors within our bodies stimulate bone formation and inhibit bone loss. Even the skeleton itself is regulated by cannabinoids. Cannabis could be used to combat bone-related diseases such as osteoporosis."