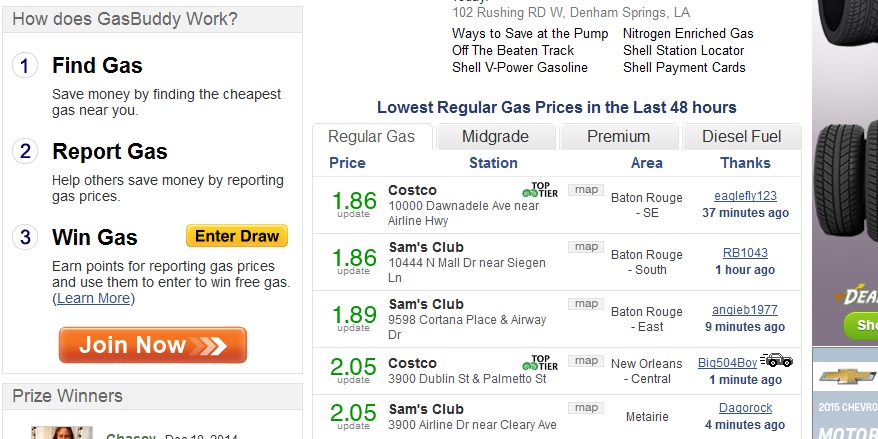 Posts : 22918
Join date : 2012-06-13
Location : Armpit of Florida
Before the price fell so dramatically, I was in the process of finding a deal on a PHEV,  Z.  Now I've stopped looking and am no longer interested.
And I'm also very glad I no longer have the Tesla shares. I got out at 255 and broke even after holding it for 4 months.

"...Data from price tracker GasBuddy.com shows that three states -- Oklahoma, Louisiana and Ohio -- have at least one station each selling regular gas for less than $1.90 a gallon. Cheap gas is most frequently found at stations in Oklahoma, which was the first state to break the $2 a gallon mark on Dec. 3.