Eighty-six of the 225 cats taken from Milton couple’s animal rescue group that they ran out of their home were euthanized last night, Santa Rosa County officials said.

Allan Dennis Kirkham, 60, and Ella Mary Kirkham, 58, of the 4000 block of Bettian Avenue, were arrested Monday night and subsequently released from jail on $3,500 bonds after being charged with animal cruelty as well as health and safety violations.

The couple has been running a nonprofit, no-kill animal shelter called Kirkham Kattery Rescue out of their approximately 2,400-square-foot home since 2005, according to an arrest report.

The Santa Rosa County Sheriff’s Office says they and other offices have received about two dozen complaints about the poor living conditions in the house and about the wellbeing of the cats. The complaints go back to at least 2006.

Their arrest comes in the wake of raid at their house Monday afternoon, when more than 200 cats were taken from the home.

County spokeswoman Joy Tsubooka said in a news release this afternoon that the cats that were euthanized were in a “grave medical condition,” and all tested positive for feline leukemia. Veterinarians are now working to evaluate each cat to see what diseases, if any, each of the cats has.

“With any intake of such a large number of animals at one time, the process can take several days to a week to gain a more accurate picture of the situation,” the release says.

Tsubooka said the cats from the Kirkhams’ home are quarantined in an area that will prevent them from getting other animals sick.

“At this time, it is too early to make plans for the adoption or moving of the cats to other shelters, those decisions are pending on the results of the more thorough health evaluation and veterinary recommendations,” the release says,

The county is asking people who adopted cats from Kirkham Kattery Rescue to have their pets examined by their vet.

The Kirkhams have said they formed Kirkham Kattery Rescue as a post-retirement project after seeing overcrowding at local shelters. 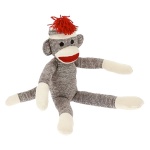 Twigdogya'll wrote:Awww poor cats. I like the idea of a non-kill animal shelter, but sheesh take care of the darn cats n junk. Hope the cats get well...

The last post on this tread before you was from Jul. Cruising with the oldies?