zsomething wrote:Even though I tried to do nothing over the past four days except read (and was pretty successful -- got almost six books read and I think I even got some of my attention-span back, just in time to come back to work and have the computer kill it all over again), I did manage to catch this bit of Trump's speech:


I literally laughed so hard I almost threw up.  I couldn't stop.  It was perfect.  First, his delivery is just pitiful.   Where he trails off about the "air" or whatever is a total fake-out.  Then the thing about the airports.  And, finally, they took Fort McHenry... which wasn't even built until the 1790's and was part of the war of 1812, not the Revolutionary War.   There was so much absolute idiocy on display there that I have to think that whoever wrote that for him hates his guts and wanted him to make an idiot of himself.   Teleprompter problems wouldn't cover that Fort McHenry thing.

All in all, it was the best episode of Drunk History ever!

Even funnier is the crowd behind him just sitting there like a bunch of cows, not even seeming to realize the absurdity this fool is babbling.  They don't know anything, they just take it in and belieeeeeve.

I still like the Drunk History episode with Jack Black as Orson Wells but this one is pretty funny too.

Floridatexan wrote:
Drumpf claims he doesn't drink, and maybe that's true, but he's surely on something else. 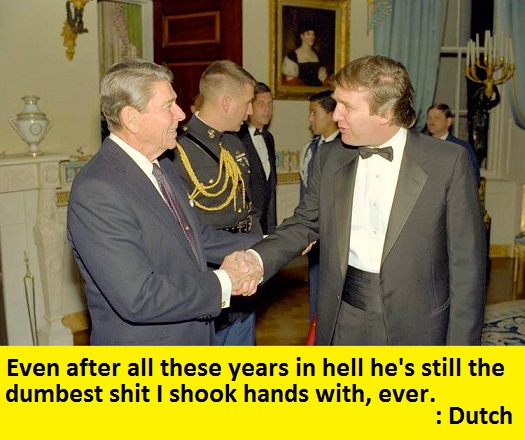 Re: TRUMP'S JULY 4 SPECTACLE KEEPS GETTING MORE AND MORE ABSURD