What We Learned Investigating a Network of Islamophobic Facebook Pages
Snopes traced at least 24 Facebook pages spreading anti-muslim vitriol and conspiracy theory back to one evangelical activist. Here's why that matters.

A Snopes investigation on 15 May 2019 looked deeply into a small group of radical evangelical Christians that re-purposed Facebook pages and PACs to build a coordinated, pro-Trump network that spreads hate and conspiracy theories — below is a re-cap of key points. The content includes the assertion that the survivors of the Parkland school massacre are on a “leftist-Islamic payroll” and that Islamic refugee resettlement is “cultural destruction and subjugation.”

The names of these Facebook pages imply diverse support from Americans, with titles like “Blacks for Trump” and “Jews and Christians for America.” But Snopes.com found that each of these pages can be tied to a radical evangelical activist named Kelly Monroe Kullberg, who is neither black nor Jewish. We found at least 24 pages in the Kullberg network, which could be in violation of Facebook’s ban on “coordinated inauthentic behavior.”

Snopes also found that at least one prominent GOP donor, William Millis, funded and/or exploited the efforts of the Kullberg network. Millis was a fundraiser and campaign board member for current HUD Secretary Ben Carson’s 2016 presidential campaign.

Why does this matter? This network, and others that employ similar tactics, can affect online discourse in several ways:

The network serves to influence public opinion by presenting the views of a small group of activists as representative of a much broader swath of the American populace.
Their strategy amplifies and offers a veil of legitimacy to hatred and conspiracy theories.
In spite of these strategies awash in misinformation, the pages within the network have attracted the financial backing of well-heeled political donors who exploit these pages and groups to disguise the origin of political Facebook ads.
Facebook has not publicly commented on whether the Kullberg network violates their terms of service, but two posts we showed them (and no one else) were deleted after we reached out to the company for comment.
What do experts say?
“Evangelical organizations are the primary funders of anti-Muslim animus.” Abbas Barzegar, the director of the Department of Research and Advocacy at the Council on American-Islamic Relations.
“I think if you came to Facebook and said, ‘Hey, the Russians are doing this,’ they would have taken the pages down.” – Joshua Tucker, a professor of politics and data science at NYU and an expert at online disinformation.
The bottom line?
Social media platforms like Facebook have allowed hateful Islamophobic, conspiratorial rhetoric to be amplified and boosted inauthentically on their platforms, and these platforms continue to benefit from the revenue and reach of political operatives who exploit the networks.

Evangelicals for Biblical Immigration, a group that claims to provide scriptural justification for restrictive border control and immigration policies, is promoting a months-old claim about non-citizen voting that has been debunked and withdrawn.

On Wednesday morning, a post on EBI’s Facebook page declared, “The Bible warns against open borders and cultural theft,” and linked to a Washington Times story entitled “Texas finds 95,000 noncitizens on voter rolls.” The story’s opening line declared, “Voter integrity hawks are hailing an investigation by the Texas secretary of state that uncovered 95,000 noncitizen residents who illegally registered to vote.” By noon, the EBI Facebook post had been shared more than 500 times. But the story it was promoting was dated January 30 and the report the story was based on has since been debunked and withdrawn by state officials.

Here’s the context. Back in January, the Texas Secretary of State’s office announced it was sending local election officials and the attorney general’s office a list of 95,000 registered voters the office said might not be citizens, claiming that about 58,000 of them had cast a ballot at least once between 1996 and 2018. The report was predictably exploited by Republicans who have a record of fanning fears about voter fraud by noncitizens:

It quickly became clear that there were problems with the secretary of state’s data and state officials began warning local officials that the lists included U.S. citizens, who might wrongly be removed from voting rolls. As AP noted, “Texas is not the first state to question the citizenship of thousands of registered voters, and often early claims of possible illegal voting on a rampant scale haven’t held up.” Civil rights groups sued Texas officials.

By mid-February, the appointed-but-not-yet-confirmed Texas Secretary of State David Whitley apologized to lawmakers for sending giving fraud prosecutors what Associated Press called “a voter list that included tens of thousands of U.S. citizens who were wrongly flagged.”

On April 26, the ACLU and other civil rights organizations announced that they had reached a settlement with Texas officials:

According to the terms of the settlement, the state will rescind its original advisory announcing the purge effort and agree to a new voter database maintenance process that is much more limited in scope. The state has also agreed to provide and maintain information regarding the implementation of the process. The plaintiffs will also retain the right to bring another challenge to the process if the state continues to discriminate or violate protected rights.

But two weeks after that legal settlement, EBI has given new life to the bogus original story, generating a stream of angry comments and providing one more reminder of how long a lie can thrive in the right-wing echo chamber.

Posts : 1030
Join date : 2017-08-20
You know, I think links to those articles should be posted on everyone's facebook pages in an effort to make it clear to facebook that their users know they allow trash like this woman has spread to stay on their platform. I'd like to know exactly where they get the idea that the Bible discourages immigration. That's one of the stupidest notions I've ever heard.
After all, Christians are supposed to go into "all the world" to spread their gospel. It would be a little difficult back then to do that without leaving home. The absolute bull shit that comes out of the minds and mouths of so called Christians today is just nauseating. Remember when Jerry Falwell said 911 was because NYC accepted gays too freely? I wonder what he'd say today about the tornadoes and floods in the middle part of America where everyone loves the Donald so much? I guess somebody must be REALLY mad at those people. I so despise the Republican party for taking over the churches in this country with their anti-abortion brainwashing.

Posts : 1886
Join date : 2017-04-21
Conservatives are built on lying. They drag kids into church at a young age and tell them lies and -- more importantly -- remove from them the tools that would help them reject lies later on. "Believe," they train 'em. Then, they set up talk-radio and propaganda "news" outlets like FOX to keep them all hooked on lies. They have a cottage industry on YouTube and other places in completely revising history.

So, it's not surprising at all that they'd lie on Facebook. Lying is what they do.

I lurk on conservative blogs, and I've noticed one funny difference between them and more liberal blogs. On a place like Daily Kos -- which is obviously partisan as hell -- if they put out a poorly-researched story, people on the site will say, "Wait, let's check this out further before we get too het-up about it." They're suspicious even about stories they'd like to believe are true. A few times they've put up something that turned out to be bogus and it embarrassed them, so they try to debunk their own takes on things, to make sure it's legit. And if the story's wrong, someone will put up another post saying "Stop repeating that previous story, it turned out to be bullshit."

But if you go to a place like Free Republic or Redstate, they'll run with any kind of crazy horseshit story. And, if it later turns out not to be true, they won't retract it. Instead, they'll try to find a way to discredit whatever facts debunked it so they can keep believing it.

They like to claim that "the left" is all about feeeeeeellllings and not facts and logic, but that's projection and a half. If you start really examining and comparing these things, it becomes clearer and clearer how much absolute untrue crap conservative belief is built upon.

Evangelicals being behind a lot of the lies might seem ironic until you start looking at them, too. Ain't no "morals" there, they just like to talk about it.

Posts : 4486
Join date : 2010-01-02
Age : 74
Location : Gulfport/New Orleans
Hi Knothead! Yes, FT, great post. Let this be an example of why we need to keep this forum alive. Had it not been for FT's posting I would never have found out about the demented woman posting BS on Facebook and this is important! We need to be able to combat this sort of thing.

What can we do on line to alert FB to this sort of thing? I'd really like to be part of an anti-Russian, anti-Evangelical BS posting group.

I've seen or heard about something to click on, on FB to complain about a posting but am not sure how to do it. Can we get organized or promote this idea on our own FB pages if we have one? 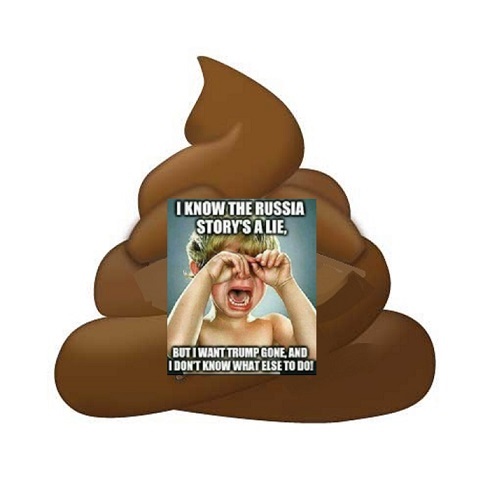 Re: This Psycho Pushed Fake FB pages and more